Marathon Oil Corp., which is working the Permian Basin, Eagle Ford and Bakken shales, in Oklahoma and the emerging Louisiana Austin Chalk, has raised 2018 production guidance by 5% to to 25-30% while maintaining the $2.3 billion capital budget. 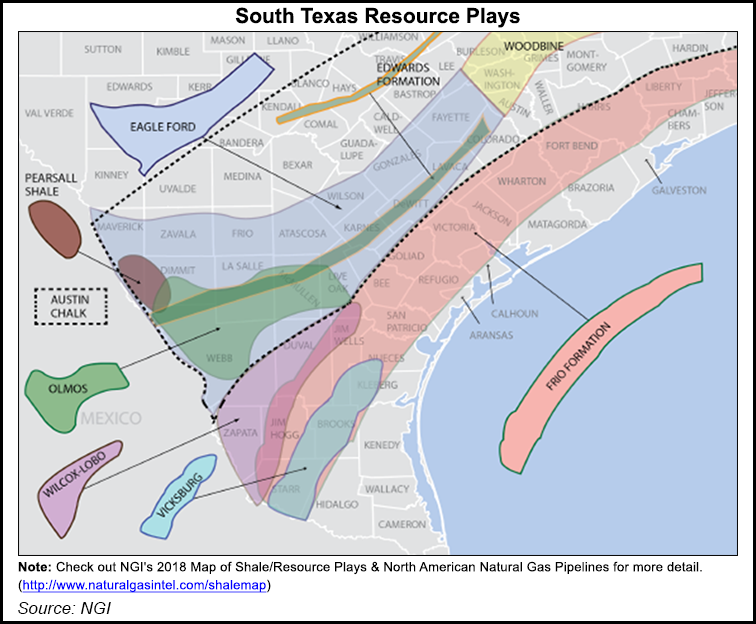 “Our returns-focused investment program, coupled with outstanding execution across our multi-basin portfolio, drove production above the top end of our U.S. guidance in the first quarter,” said CEO Lee Tillman.

In the Bakken, output increased 7% from the fourth quarter to 74,000 boe/d net. The Arkin well in Hector set a new basin Three Forks 30-day IP record with 3,040 b/d, while the June and Chauncey wells in West Myrmidon set new basin Middle Bakken records with 3,470 b/d averaged over 30 days.

The company brought online 11 gross Bakken wells that were company-operated, six of which were in core Hector with average 30-day IP rates of 2,600 boe/d (81% oil).

Oklahoma production climbed 17% sequentially to 75,000 boe/d net. Leasehold drilling in the Sooner Trend of the Anadarko Basin, mostly in Canadian and Kingfisher counties, i.e. the STACK, was largely completed in the first quarter.

Oil production in Oklahoma climbed 25% sequentially, mostly from carry-in performance from the nine-well Tan infill that came online late in the fourth quarter. The company brought 17 gross operated wells to sales, primarily focused on Meramec leasehold activity in the STACK.

In the last six months, the company has added 165 risked gross operated locations in the Northern Delaware, with an average working interest of 65%, through trades and a small bolt-on acquisition.

“The company is currently benefiting from its Midland-Cushing basis swaps,” management noted. “Open positions include 10,000 b/d hedged at a discount of less than $1 to West Texas Intermediate for the second half of 2018 and all of 2019.”

The swaps “will help protect over half our forecasted oil production for the remainder of the year on takeaway,” Tillman told investors during a conference call to discuss results. “It is important to stress that today.

“Northern Delaware accounts for only about 4% of our overall production mix. However, while we anticipate no flow assurance issues, we are planning for future growth and have expanded our oil gathering agreements and are assessing both gas gathering and firm transportation commitments for the longer term, we are also transitioning our water to pipe throughout the year, which will reduce unit operating cost for the basin.”

Taking Another Look at the Austin Chalk

Meanwhile, Marathon captured more than 250,000 net acres in multiple new plays in the last year, including a “largely contiguous position” in the emerging Louisiana Austin Chalk at a cost of less than $900/acre, Tillman said.

The Austin Chalk, particularly in South Texas, was in the mid-2000s an emerging area for producers, but many abandoned the play for other prospects. Tillman was asked about what made the play a good purchase.

“Obviously, the Louisiana Austin Chalk…did go through a bit of a development phase” with “very early technology designs on the completion size side and relatively short lateral links as well,” he said. “We see this as…a natural extension of kind of this Austin Chalk mega trend that goes from Mexico across South Texas all the way over to Louisiana, and having been one of the leaders in the development of the Austin Chalk in South Texas, we think we’re well equipped to get in here and appraise and understand the potential of this.

“But I want to stress again, this is exploration,” in early development, he said. There’s still plenty to do before Marathon Oil is ready to issue any preliminary estimates of what it may have.