Maine will no longer invest in companies with big oil and gas portfolios, making it the first state in the country to divest from the fossil fuel industry. 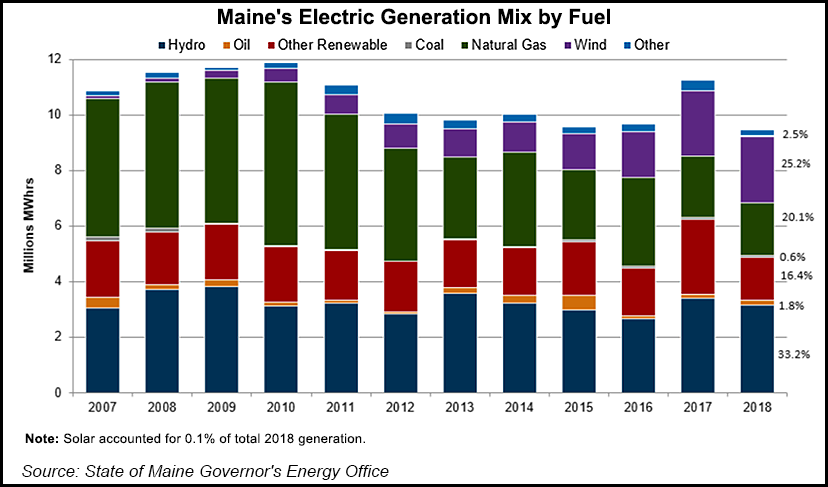 Gov. Janet Mills last week signed into law a bill forbidding any state pension fund or annuity from making new investments in stocks or securities of the 200 largest publicly traded fossil fuel companies. It also requires the state treasurer and the board of trustees of the Maine Public Employees Retirement System, known as MainePERS, to review and divest current holdings in fossil fuel players.

MainePERS manages a $16.5 billion public employee retirement fund, 7.7% of which was invested in fossil fuel companies in 2020, according to documents filed with the legislature.

MainePERS executive director Sandy Matheson told NGI that one of the bill’s key provisions requires that any investment actions must be in accordance with sound investment criteria and consistent with the fund’s fiduciary obligations.

“We won’t be taking any actions that would result in a loss to the plan or achieve below expected earnings,” Matheson said. “We have not developed a plan at this point, but any plan that we do develop has to put the financial interests of our members first.”

The decision to divest follows similar moves by New York City and other jurisdictions as lawmakers look to green up pension fund portfolios in the fight against climate change.

The Maine measure passed the legislature earlier this month despite opposition by MainePERS. In testimony delivered to the legislature in February, Matheson said divestment would have “no impact” on carbon emitters.

“The only real impact making a statement of principle might have is to create a newspaper headline which in turn might further elevate the discussion around climate change,” Matheson said at the time.

“It is past time for every other public pension to address the mounting climate risk in their portfolios by holding onto fossil fuel investments,” Brooks said. “These are a ticking time bomb and fiduciaries must act.”

Maine does not produce fossil fuels and is not a large consumer of them. According to the U.S. Energy Information Administration (EIA), about four-fifths of the state’s electricity net generation came from renewable sources in 2019.

Natural gas-fired power plants fueled less than one-sixth of generation in 2019, its smallest share in at least two decades, according to EIA.