Louisiana landowners involved in a lawsuit over the Bayou Bridge Pipeline (BBP), the last segment of the controversial Dakota Access pipeline system (DAPL), were awarded a larger payout after an appeals court reversed a ruling. 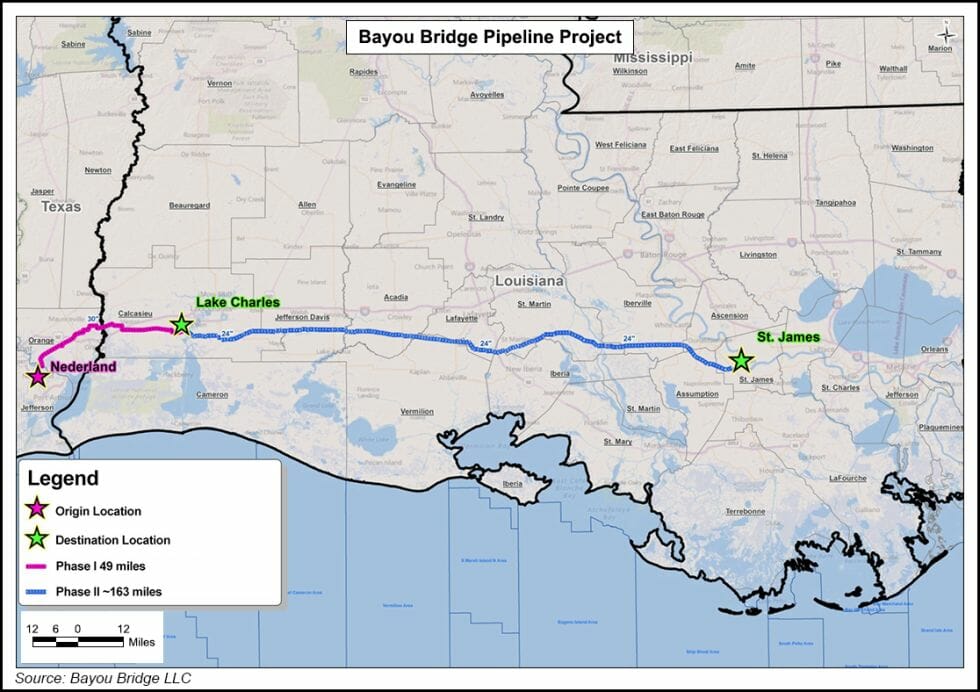 In his decision on Thursday, Judge Jonathan Perry of the U.S. Court of Appeals for the Third in Louisiana said plaintiffs each would receive $10,000, rather than $150, plus legal fees for violation of the landowners’ due process rights. Perry said that “BBP’s conduct clearly shows no fear of the consequences of trampling on property owner’s constitutionally protected due process rights.”

The monetary award indicates that BBP does not “have the unrestrained ability to decide whether another citizen’s property rights can be restricted” without due process of law, Perry said.

Jointly owned by Energy Transfer LP (ET) and Phillips 66, Bayou Bridge is a 162-mile, 480,000 b/d 30-inch diameter pipeline that runs along the Texas and Louisiana coast from Nederland, TX, to Lake Charles, LA. It then extends to St. James, LA, via a 24-inch diameter segment. The Atchafalaya Basin through which Bayou Bridge runs is said to be the largest remaining river swamp in North America, containing many old growth trees and endangered species.

Despite the larger payout for the landowners, Perry said BBP had the right to build the pipeline without landowner permission through eminent domain, which is allowed in Louisiana.

Meanwhile, the larger DAPL system finds itself in the midst of a separate legal battle. ET has been granted an administrative stay by the U.S. Court of Appeals for the D.C. Circuit of a lower court’s July 6 order vacating water-crossing permits. In his order vacating the permits, Judge James Boasberg instructed ET to shut down and empty the pipeline while the U.S. Army Corps of Engineers completed an environmental impact statement.