A controversial drilling site near the University of Southern California campus in Los Angeles is ending some operations because of low production and a lack of payments to the state. 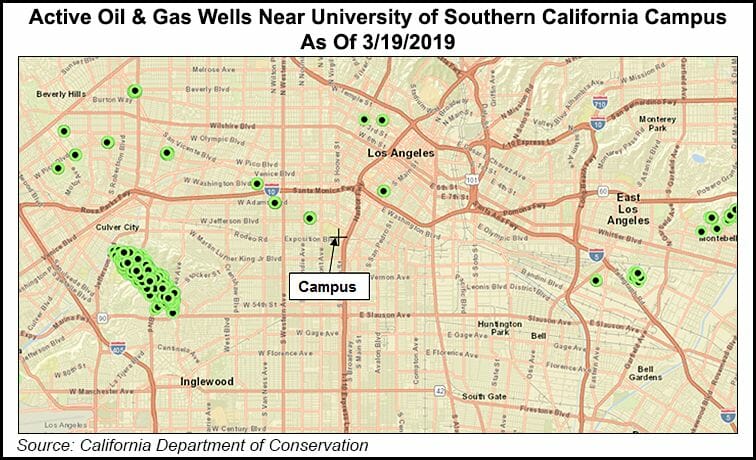 The University Park neighborhood site operated by AllenCo Energy originally was permitted for oil and gas production in 1963 on acreage acquired from the Roman Catholic Archdiocese of Los Angeles.

Area residents have advocated for years to close the drill site. However, AllenCo applied last fall to the state Division of Oil, Gas and Geothermal Resources to resume operations.

Last week Los Angeles Petroleum Administrator Uduak-Joe Ntuk issued a letter to AllenCo verifying the lease would be terminated because of a lack of production and payments to the city. Twenty-one wells are to remain at the drillsite.

“The city will continue working with the landowner to identify alternative uses for the property that are compatible with the needs and values of Angelenos,” said a spokesperson for Los Angeles Mayor Eric Garcetti, who has advocated for reducing fossil fuel dependence.

“Our climate crisis demands a swift end to dependence on fossil fuels, and we’ll seize every opportunity to plug up a well,” Garcetti said earlier this month. “By shutting down these wells for good we are putting communities first, helping clean the air, and moving us closer to clean energy that doesn’t depend on dirty oil.” 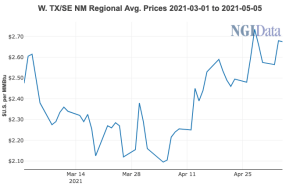