The Internal Revenue Service (IRS) is close to finalizing regulations to implement a tax credit for carbon capture and storage (CCS) that could help more than two dozen proposed projects move beyond the initial engineering and design stages. 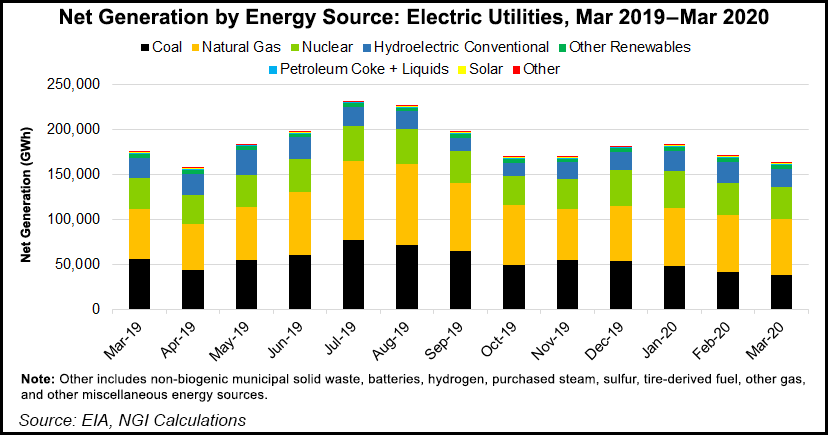 A CCS coalition that lobbied for passage by Congress of the tax credit in 2018 has been pushing for detailed guidance on how operators of power plants and various heavy industries can apply for IRS Section 45Q tax credits.

The tax credits may lead to more combined-cycle, natural gas-fired power plants using CCS, according to Deepika Nagabhushan, a scientist with the Clean Air Task Force, a Boston-based nonprofit recognized for its CCS policy and technology expertise.

It is hopeful that front-end engineering and design studies underway, with the addition of 45Q, “will lead to one or more combined-cycle gas-fired plants using CCS,” Nagabhushan said.

In April Starwood Energy Group Global Inc. said it had finalized agreements with OGCI Climate Investments to invest in developing a large-scale CCS facility at an existing natural gas-fired power station. The project, which Starwood would develop with Elysian Ventures LLC, is expected to capture 90% of the facility’s carbon dioxide emissions to then be used in enhanced oil recovery and permanently sequestered in an existing oilfield. Starwood said at the time the project would seek to use the IRS 45Q tax credits.

Last year global producers that include BP plc, Chevron Corp., ExxonMobil and Royal Dutch Shell plc launched a plan to decarbonize industrial hubs to reduce methane emissions to, among other things, boost large-scale commercial CCS to support the United Nations climate accord, aka the Paris Agreement, reached by nearly 200 countries in late 2015.

According to a report last month by the International Energy Agency, the share of global spending on technologies, which includes CCS, “has been stuck at around one-third in recent years.” Global spending this year overall is likely to climb to near 40%, “but only because fossil fuels are taking such a heavy hit.” In absolute terms, alternatives investments remain below levels required to accelerate energy transitions, the global watchdog said.

Among entities looking to gain from CCS options is Wyoming. Another project that could benefit is a proposal in California at the California Resources Corp. 550 MW Elk Hills gas-fired generation plant.

Under the IRS guidelines, two credits would be available, $50/metric ton (mt) of qualified CO2 for permanent sequestration and $35/mt for enhanced oil recovery purposes. The 2018 law has no limit on the number of metric tons of “qualified carbon oxide,” a broader distinction than qualified CO2.

The IRS said the proposal attempts to address security measures for geological storage, exceptions regarding what is qualified, allowing third-party taxpayers to claim the credit, standards for measuring qualified carbon oxide and rules for recapturing the credit.