A Chinese-backed methanol export plant proposed for the Port of Kalama in Washington has effectively been canceled after the sponsor said it would terminate its lease. 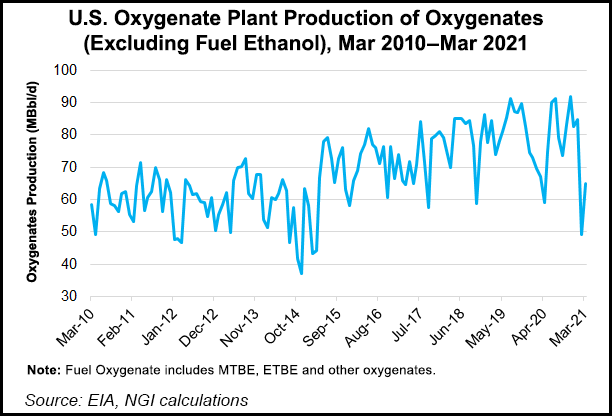 Northwest Innovation Works (NWIW) notified port officials on Friday that it would end efforts to develop a project. Port officials blamed the “state’s regulatory and political environment for killing local, sustainable jobs just when the need is the greatest.

“This was the kind of innovative, job-creating project that originally was supported by the governor’s office,” said Port director Mark Wilson. Gov. Jay Inslee “stood on Kalama’s waterfront to tout the climate benefits of the project, then turned on us when he ran for president.”

NWIW has sought to develop a 3.6 million metric tons/year facility at the Kamala port to convert more than 30 Bcf of natural gas to methanol. Production would be shipped to Asian markets. Last year the state issued a draft second supplemental environmental impact statement for the project. The Washington Department of Ecology denied a Shoreline Conditional Use Permit for the Kalama Manufacturing and Marine Export Facility in Cowlitz County.

Because of the state’s decision, NWIW’s Kalama unit said it was “temporizing” development of the Kalama Manufacturing and Marine Export Facility in Cowlitz County.

“In light of the recent Washington Department of Ecology’s decision to deny the Shoreline Conditional Use Permit, the regulatory environment has become unclear and unpredictable. NWIWK is temporizing its development activities to assess the new regulatory and political landscape and determine an appropriate path forward.”

Port Commission President Randy Sweet said the state had “lost an opportunity to become a global showcase for innovation and environmentally conscious manufacturing in Washington. Unfortunately, this is part of a larger pattern of the unwillingness to listen to differing opinions and find common sense, balanced solutions.”