Latin America’s national oil companies (NOCs) must perform a difficult balancing act as they seek to bounce back from the pandemic and shore up profits and reserves, a panel of experts said during a virtual event Tuesday. 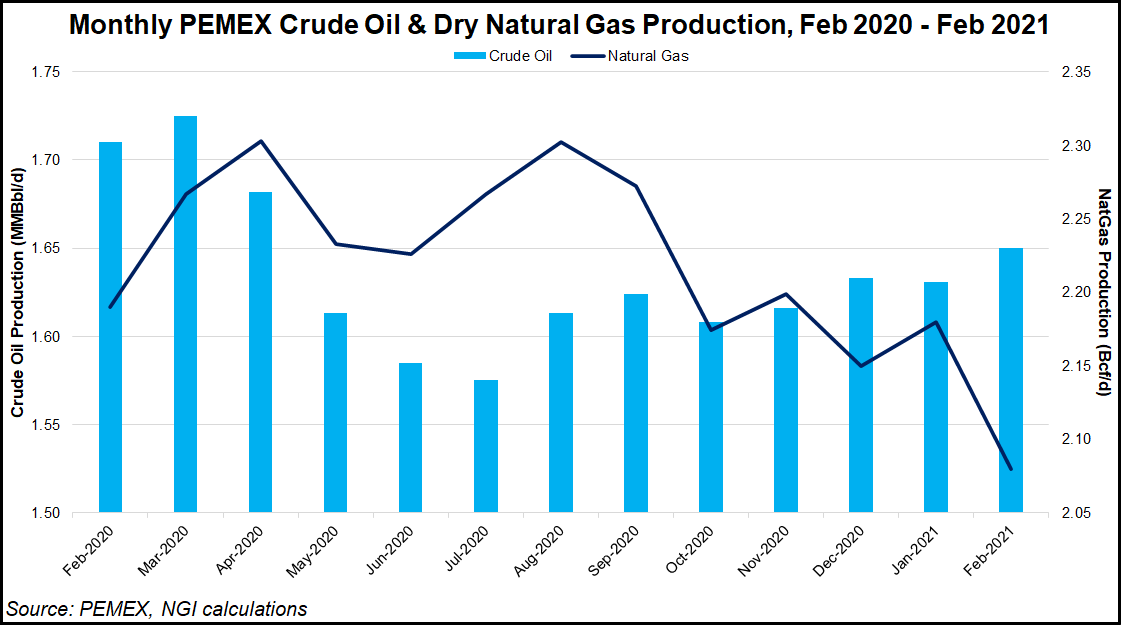 Oil “is at the heart of economic, social [and] fiscal issues in Latin America,” said Mauricio Cárdenas, who served as Colombia’s finance minister from 2012-2018.

Cárdenas is a visiting senior research scholar at the Center on Global Energy Policy at Columbia University’s School of International and Public Affairs, which hosted the event.

The companies stand to benefit from a recovery in natural gas and oil demand as the world emerges from Covid-19. However, citing Dostoevsky’s line that “each unhappy family is unhappy in its own way,” Cárdenas said, “every NOC in the region is unhappy these days for its own particular and peculiar reasons…”

Colombia’s Ecopetrol SA “is perhaps the bright spot,” he said, due to “years of good management [and] significant cost reductions” that have allowed Ecopetrol to reduce lifting costs to around $30/bbl.

These measures helped Ecopetrol turn a profit in 2020 despite the pandemic-induced oil market crash, “which is relatively unusual for oil companies, private and public,” Cárdenas said.

He also cited the benefits of Ecopetrol’s exploration and production (E&P) investments outside Colombia, namely a U.S. joint venture (JV) with Occidental Petroleum Corp., aka Oxy, in the Permian Basin.

Ecopetrol aims to leverage the knowhow gained from the Oxy JV to develop unconventional resources in Colombia, he said.

Despite these advances, “Ecopetrol has its own problems,” Cárdenas said. One is the company’s low net proven oil and gas reserves, which ended 2020 at 1.77 billion boe, down 6% year/year.

The firm’s reserves replacement ratio was 48%, with an average reserve life of 7.5 years.

In this respect Ecopetrol is in the opposite position of Venezuela’s Petróleos de Venezuela SA, aka PDVSA, Cárdenas said. Venezuela boasts the world’s largest proven oil reserves, but has seen production collapse due to mismanagement of PDVSA, U.S. sanctions and internal strife.

Local opposition to unconventional development in Colombia is another headwind to Ecopetrol’s growth plans, and an impediment to replenishing its reserves base, Cárdenas said.

He noted that, “All the NOCs in the region have been exposed to governance issues,” since the finances of governments and NOCs are by definition intertwined.

She cited that Pemex’s production has stagnated as its debt pile and negative equity have grown.

Calling Pemex “too big to fail,” she noted that Pemex’s total liabilities stood at 2.3 times its total assets as of end-2020.

Meanwhile, Pemex has not been given the time or resources to explore and replenish its reserves, due to pressure from the government to maintain production levels via secondary recovery at its declining legacy fields.

The pressure to maintain oil production has resulted in increased natural gas flaring by Pemex, Barrios said, and its recently published 2021-2025 business plan “doesn’t reveal any solution to this problem.”

In terms of natural gas generally, “Pemex doesn’t have a strategy and never had it,” Barrios said. “This is because the company is totally focused on crude oil.”

As a result, about 90% of Mexico’s gas needs, excluding gas consumed by Pemex itself, are met by imports, according to government data.

Brazil’s integrated NOC Petróleo Brasileiro SA (Petrobras), meanwhile, has undertaken a massive divestment campaign in order to focus its efforts and resources on exploration and production of the offshore pre-salt formation.

The monopoly structure in Brazil — Petrobras accounts for about 70% of oil and gas production and 98% of oil refining — “has no more reason to exist,” said fellow panelist Fernanda Delgado, a professor and strategic advisor at the FGV Energia think tank in Rio de Janeiro.

Brazil is undergoing “a huge movement towards a more open sector” with “more agents that we are trying to attract.”

President Jair Bolsonaro in March signed into law a massive overhaul of the natural gas sector aimed at opening the country’s pipelines to competition from new players.

The new framework “is expected to enhance the physical flexibility of the gas system, enable gas to be delivered more quickly, and facilitate the integration of a higher share of intermittent renewables into the Brazilian energy system,” according to analysts at the International Energy Agency.

At a ceremony on Monday to welcome Petrobras’ new CEO Joaquim Silva e Luna, Brazil’s mines and energy minister Bento Albuquerque stressed the need for Petrobras to continue its divestment campaign, which has allowed the company “to reduce its debt and increase its investment capacity in operations with greater financial return.”

Silva e Luna is a former army general and defense minister who served most recently as Brazilian general director of the Itaipu Binacional hydroelectric dam shared by Brazil and Paraguay.