The Interior Department will try once again in August to see if its strategy of offering every available unleased area in the Gulf of Mexico (GOM) to oil and gas operators is viable. 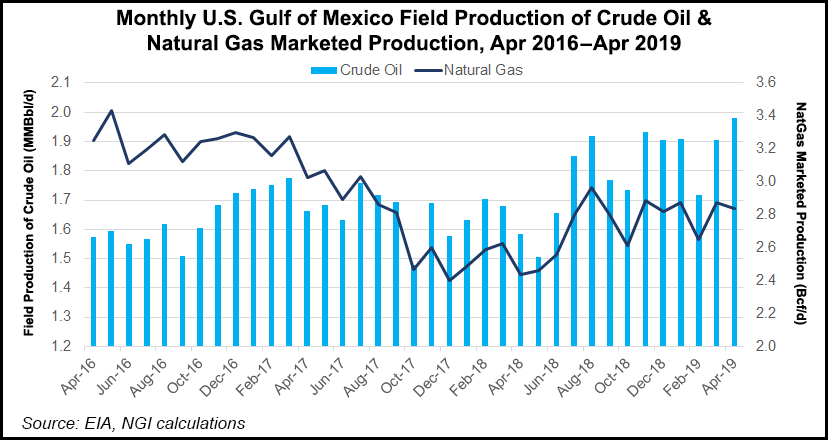 The area-wide auctions instituted since President Trump took office, which reversed years of leasing in specific targeted regions, have to date drawn limited interest from operators.

“The expansion of America’s energy sector has been a major economic driver for the American people in keeping energy prices low,” Interior Secretary David Bernhardt said. “Our work in the Gulf of Mexico to ensure America leads the world in energy production is paramount.”

Lease Sale 253 is to include 14,585 unleased blocks from 3 to 231 miles offshore in the Western, Central and Eastern planning areas in water depths of nine feet to 11,115 feet-plus.

Scheduled to be live streamed from New Orleans, the auction would be the fifth under the 2017-2022 Outer Continental Shelf Oil and Gas Leasing Program. Under the program, a total of 10 sales are scheduled, two every year, and would include all available blocks in the combined planning areas.

Excluded from the lease sale are blocks subject to the congressional moratorium established by the Gulf of Mexico Energy Security Act of 2006; blocks adjacent to or beyond the U.S. Exclusive Economic Zone in the area known as the northern portion of the Eastern Gap; and whole blocks and partial blocks within the current boundaries of the Flower Garden Banks National Marine Sanctuary.

Leases would include stipulations to protect biologically sensitive resources, mitigate potential adverse effects on protected species, and avoid potential conflicts associated with oil and gas development in the region.

Fiscal terms for the leases include a 12.5% royalty rate for leases in less than 200 meters of water depth, and a royalty rate of 18.75% for all other leases.

Copies of the final notice of sale package may be requested from the GOM Region’s Public Information Unit at 1201 Elmwood Park Blvd., New Orleans, LA 70123, or at (800) 200-4853. The Notice of Availability was to be published Friday in the Federal Register.