Hurricane Ida may be long gone, but bitter memories of its torrid march through the Gulf of Mexico (GOM) and into the Lower 48 were slowing recovery efforts by the natural gas and oil industry. 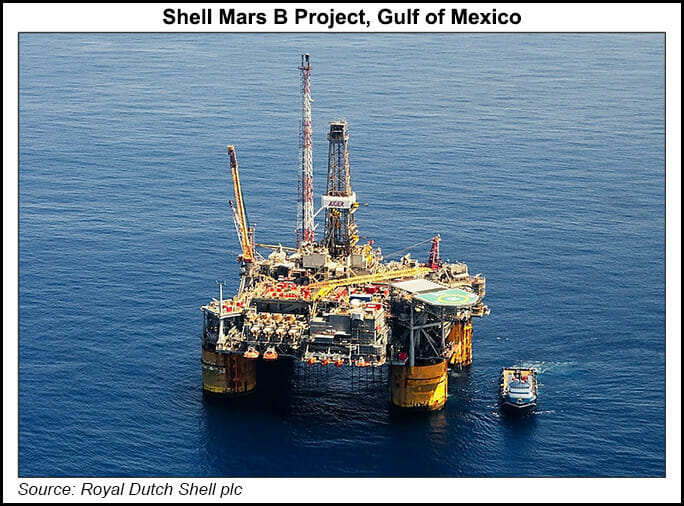 Producers that work offshore were struggling to return crews to platforms and rigs on Friday. Extensive damage in Louisiana’s Houma and Port Fourchon, major staging areas for the offshore industry, were hindering the return of crews to platforms and rigs. Widespread power outages in the scorching heat also had cut off access to most fueling stations, as well as preventing processing facilities and major refineries from restarting.

According to data compiled by the Interior Department’s Bureau of Safety and Environmental Enforcement (BSEE) as of midday Friday, 1.99 Bcf/d of natural gas, or 89.25%, remained offline in the GOM. About 93.33% of the current oil production in the GOM, or 1.698 million b/d, also was shut-in.

As of Friday, 133 offshore platforms remained evacuated, or about 24%. Six rigs also were unmanned, or close to 55%. Four unmoored rigs, aka dynamically positioned, had not been moved back to their pre-Ida drilling sites.

BSEE should be providing daily updates through the Labor Day holiday on its website.

As of Friday afternoon, 80% of Royal Dutch Shell plc’s total GOM production remained offline, with all of the infrastructure in Ida’s path “fully evacuated.” Shell is the largest producer in the GOM.

One holdup in getting back to work was because of reported damage at the Shell Offshore Inc.-operated West Delta (WD)-143 offshore facilities. Shell operates and holds a 71.5% stake in the facilities, with BP plc owning 28.5%.

The WD-143 facilities serve as the transfer station for all production from the Mars corridor in Mississippi Canyon to onshore terminals. The Mars corridor consists of Shell-operated tension leg platforms Mars, Olympus and Ursa.

In its flyovers of the GOM and onshore assets it operates, BP said it saw “no obvious major damage.” However, it planned to keep production shut-in pending confirmation.

“We cannot predict how long this process will take,” a BP spokesperson said.

Ida’s impact on the GOM was made clearer in the weekly report issued Friday by Baker Hughes Co. The oilfield services company reported a steep 14-rig decline in the GOM from a week earlier, leaving zero active rigs.

Producers were facing big obstacles in the hard-hit Louisiana coastal communities of Houma and Port Fourchon, which serve as the staging region for more than 200 energy companies.

BP said the Houma and Port Fourchon facilities “experienced the brunt of Hurricane Ida’s inland force, with damage to both facilities that will require repairs.

“In the interim, we will temporarily relocate our shore base and heliport to other locations. BP’s midstream and downstream assets are in various stages of start-up and await facility inspections and power restoration.”

As of Friday, Entergy Corp. crews had restored power to around 225,000 customers in Louisiana. The Category 4 storm at its zenith impacted nearly 950,000 customers served by Entergy in southeastern Louisiana and southwestern Mississippi.

Entergy expected by Tuesday (Sept. 7) to potentially have restored power in Louisiana to parts of Port Allen, Zachary, the New Orleans Central Business District and the Baton Rouge Metro area. Orleans Parish could see power restored as soon as Wednesday, the utility said.

Entergy was providing “backup generation and restoring power to a number of critical-service providers, including hospitals and wastewater facilities,” management noted. The company also was “working individually with large industrial customers, including refineries and manufacturing facilities, to coordinate their restoration.”

Thousands of individuals and businesses continued to pour in critical supplies to support the ravaged area.

Houston-based ConocoPhillips said it was donating $500,000 that would be allocated between the American Red Cross and local United Way organizations to support relief efforts in Louisiana. The company also plans to match donations from its U.S. employees.

ConocoPhillips, through subsidiary The Louisiana Land and Exploration Co. LLC, is the largest private wetlands owner in Louisiana. It also maintains an office in Houma.