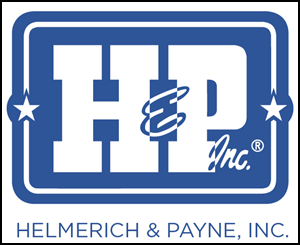 The oilfield services (OFS) driller, whose portfolio is defined by drilling innovations, ended December with 94 rigs in operation across North America. That compares to 195 running at the end of 2019 and 69 working at the end of September.

“Like many, we entered 2021 with a combined sense of relief and optimism — relieved that one of the most difficult years in the company’s 100-year history is behind us and optimistic given our market share gains during our first fiscal quarter of 2021,” CEO John Lindsay said.

“We exited the first fiscal quarter with 94 rigs, double the number we had active at the trough in August, and the upward trend continues.”

Management also is “encouraged by the recent worldwide deployment of Covid-19 vaccines, improved crude oil prices and the progress we are making on strategic efforts to deploy additional digital technology solutions and to advance new commercial models.”

At the end of December, H&P’s fleet had 262 land rigs in the United States, 32 international land rigs and seven offshore platform rigs.

While business is better, the management team’s short-term optimism is tempered by “global uncertainty related to Covid-19 and the possibility of future industry and economic volatility,” Lindsay said. The executive team is “cognizant that even in a stable or improving environment, there remain several challenges ahead for both the company and the industry.”

Technology solutions continue to be deployed, and H&P is garnering performance-based contracts, but work remains, the CEO said.

Improvements in “both technology solutions and performance-based contract adoptions are not likely to be linear and may not always correlate with our rig count.”

Having to ramp up a lot of rigs in a short period of time led to “significant costs” said CFO Mark Smith, “which served to temporarily impinge operating margins” by around $10.6 million. “Such costs are necessary as we continue to reactivate rigs, and we anticipate additional rig reactivations during the second fiscal quarter, albeit at a more modest pace.”

Activity is improving and the company is working to respond to customer demand, Smith said. However, “we also have more work to do on cost management, which overshadows the positive contributions performance-based contracts and our automated technology solution offerings are having on our financial performance.”

For the North American Solutions segment, operating losses totaled $73 million, versus year-ago profits of $52 million. While there was more rig activity and fewer idle-but-contracted rigs, the results were negatively impacted by the costs associated with quickly reactivating equipment.

Operating gross margins in the North American segment fell from a year ago to $44.7 million from $192 million, but margins were more than $5 million higher sequentially. Revenues benefited from $5.8 million in early contract termination revenue and fewer idle-but-contracted rigs. North American expenses were adversely impacted because of the costs associated with reactivating 25 idle rigs and 10 idle-but-contracted rigs.

For the Gulf of Mexico business, operating income fell year/year to $2.7 million from $6.3 million. Operating gross margins declined to $6.0 million from $10 million.

Within the International Solutions segment, H&P was running four rigs at the end of December, compared with 18 a year earlier and five at the end of September. Activity continued to decline as the year ended.

Operating losses in the International segment totaled $8.4 million from year-ago profits of $3 million. Operating gross margins declined to a minus $7 million from a positive $12 million in the year-ago period because of fewer revenue days as activity continued to decline.