The U.S. House of Representatives has approved a trio of measures that would block Trump administration efforts to expand areas of oil and natural gas drilling off shores of the United States. 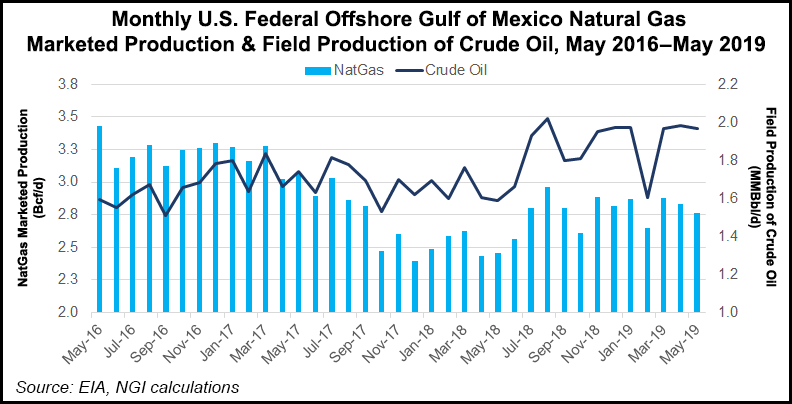 The House on Wednesday passed by a 238-189 vote the Coastal and Marine Economies Protection Act (HR 1941), which would ban offshore oil and gas drilling off the Atlantic and Pacific coasts. Also passed Wednesday, by a 248-180 vote, was the Protecting and Securing Florida’s Coastline Act (HR 205), with about 20 Republicans voting for the measure. On Thursday, lawmakers voted 225-193 to pass the Arctic Cultural and Coastal Plain Protection Act (HR 1146), which would prohibit oil and gas development in the Coastal Plain of the Arctic National Wildlife Refuge in Alaska.

“Today the House took definitive action to ensure there are never any oil rigs off South Carolina’s shores,” said Rep. Joe Cunningham (D-SC), sponsor of HR 1941. “South Carolinians on both sides of the aisle have sent the message loud and clear: we don’t want offshore drilling and we don’t need offshore drilling. Now I call on my colleagues in the Senate to heed the call of coastal communities across the country and pass this bill.”

While the Democratic majority in the House was joined by some Republicans in approving the measures, chances of the GOP-dominated Senate also approving them are considered slim.

“These bills will cause countries with poor environmental standards and higher pollution to dominate production and industry. They will increase global emissions and hurt the environment…I will block these bills in the U.S. Senate and continue to work for bicameral, bipartisan energy solutions,” said Sen. Bill Cassidy (R-LA), chairman of the Senate Energy and Natural Resources subcommittee on Energy.

The bills would throw a wrench into Trump administration plans to open vast areas offshore portions of the United States to drilling.

President Obama had removed the Beaufort and Chukchi seas from the five-year leasing program and issued a presidential memorandum to withdraw 115 million acres in the Arctic outer continental shelf (OCS) and 3.8 million acres in the north and mid-Atlantic OCS from future oil and gas drilling.

Earlier this year, a federal district court judge ruled that the 2017 EO executive order was “unlawful and invalid,” because Trump had exceeded his authority under the Outer Continental Shelf Lands Act, and ordered the areas closed to leasing. That decision may have made the House bills a moot point. In April, Interior Secretary David Bernhardt reportedly told the Wall Street Journal that the administration was grappling with the district court decision and had effectively tabled plans to expand offshore drilling.