Natural gas prices have gotten a recent boost from early winter temperatures, but Henry Hub spot prices are expected to average $2.45/MMBtu in 2020, down 14 cents from the 2019 average, according to the Energy Information Administration (EIA).

The 2020 price forecast, included in EIA’s latest Short-Term Energy Outlook (STEO), which was issued Tuesday, is down 3 cents from the prognostication in the previous STEO.

Prices at the Henry Hub averaged $2.64/MMBtu in November, up 31 cents from October. “Prices increased as a result of November temperatures that were colder than the 10-year (2009-18) average,” EIA said.

The front-month natural gas futures contract for January delivery at the Henry Hub settled at $2.43/MMBtu on Dec. 5, down 29 cents/MMBtu from Nov. 1. “Forecasts for colder weather in early November…had supported a sharp increase in futures prices from $2.24/MMBtu on Oct. 21 to a peak of $2.86/MMBtu on Nov. 5,” EIA said.

“For the rest of the month, prices declined in tandem with generally milder weather forecasts. The decline would have been more substantial, but the front-month natural gas futures price gained 6 cents/MMBtu with the change from December to January delivery on Nov. 27.”

“Natural gas inventory during November 2018 declined to more than 700 Bcf lower than the five-year (2013-17) average, which likely contributed to the larger price response. Increasing production contributed to substantial inventory builds following the 2018 winter season, sending the total to near the five-year (2014-18) average in November 2019. The higher inventory level likely dampened the increases in the front-month futures price increases during November 2019.”

EIA reported a 19 Bcf withdrawal from storage inventories for the week ending Nov. 29, which left total Lower 48 working gas in underground storage at 3,591 Bcf, which was 591 Bcf (19.7%) above year-ago stocks and only 9 Bcf (0.3%) below the five-year average.

Dry natural gas production is expected to remain strong through the end of 2019, reaching an average 92.1 Bcf/d for the year, a 10% increase from the 2018 average. However, production growth has been slowing in the United States, according to EIA, and will grow much less in 2020 because of the lag between changes in price and changes in future drilling activity. Domestic production is expected to average 95.1 Bcf/d in 2020.

“Low prices in the third quarter of 2019 will reduce natural gas-directed drilling in the first half of 2020,” the agency said. 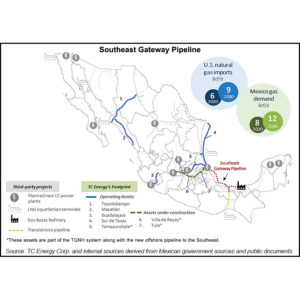