Although eager to put 2019 in the rearview mirror, natural gas bulls managed to close out the year on a slightly positive note, sending futures a few ticks higher during the final trading session of the decade. The February Nymex gas futures contract settled Tuesday at $2.189/MMBtu, up three-tenths of a cent from Monday’s close. March rose just .001 cents to $2.158.

Spot gas, which traded Tuesday for delivery through Thursday, continued to fall at the majority of pricing hubs amid a projected drop in demand for the New Year’s Day holiday. The NGI Spot Gas National Avg. slipped 8.5 cents to $2.060.

Weather models once again failed to provide the natural gas market any optimism for a stronger start to 2020, with the level of projected demand grinding lower in recent runs. The overnight data was mixed as the Global Forecast System (GFS) held milder trends but did not lose any additional heating degree days (HDD), according to NatGasWeather. However, the important European model lost another 6 HDDs on top of the 14 it lost on Monday, and the GFS’ midday run shed 6 HDDs, “clearly a bearish pattern.”

Most of the recent lost demand has been because of less intimidating cold air into the northern United States Jan. 6-8, followed by a mild ridge seen returning over the South and East Jan. 10-14 that would bring much lighter-than-normal demand. “Overall, it would take considerable colder trends to undo the damage done from lost HDDs over the past 24 hours,” NatGasWeather said.

Nevertheless, after spending much of New Year’s Eve in the red, Nymex futures bounced later in the session to finish on the higher end of a tight trading range of about 5 cents. With weather clearly not supportive of such a move, NatGasWeather said the strength could be from “heavily overweight” speculative shorts closing positions before the end of the year.

Even after what Bespoke Weather Services said could be “near-record warmth” in parts of the eastern United States during the middle third of January, there continues to be a lack of necessary changes in the higher latitude configuration to transport colder air into key areas of the nation for natural gas consumption. “Any chance of material change, should one come, still seems at least three weeks away.”

Surprisingly, though, balances remained well supported, according to Bespoke. Production on Tuesday was still nearly 2.5 Bcf off its highs (94.7 Bcf), and power burns also remained healthy given the holiday period and low weather demand.

“The only missing ingredient which prevents us from putting in a bottom here is the weather, which rules in the winter season,” Bespoke said.

Regardless, increases in U.S. production again outpaced increases in total domestic consumption during the year, although by a much smaller margin than in 2018, according to EBW Analytics Group.

Lower 48 LNG exports have more than doubled to just above 8 Bcf/d from 3.5 Bcf/d in 4Q2018. Consumption increases in other sectors, however, have been more modest and production has soared, with a net increase on a year/year basis of more than 8 Bcf/d, EBW said.

“As a result, the U.S. market remains oversupplied in a normal-weather scenario.”

Bespoke, however, maintained its view that current balances would be supportive with even normal weather, “but as long as the market is stuck in a mid-winter pattern that is decisively skewed to the warmer side, prices can continue to grind lower, with a convincing break of the current $2.18 support level in prompt-month pricing opening the door ultimately to a test of $2.08-2.10, barring a weather change.”

Spot gas closed out 2019 with a whimper as the holiday season lull combined with generally mild weather to send prices lower for the first two days of the new year.

The steepest declines occurred in the West, which one day earlier had posted the only gains across the country because of messy weather patterns in the region. On Tuesday, however, the price drops were substantial even as “unrelenting storms” were forecast to batter some areas through the weekend, according to forecasts.

“Expect rounds of strong winds from the storms with the potential for power outages,” AccuWeather senior meteorologist Brian Thompson said. “Snow levels will vary with each storm. At times rain may reach to pass levels, and at other times, snow may dip to just above sea level through next week.”

The main thrust of the storms, forecast to hit the region beginning Wednesday night and continue through this weekend, focus on British Columbia and western Washington, where a general three-to-six inches (80-150 millimeters) of rain are expected to fall, according to AccuWeather. Intermittent rain and snow were expected to progress farther inland over eastern Washington and Oregon, including areas often sheltered by precipitation because of their proximity to the Cascades. Periodic, locally heavy snow was forecast to fall over the Blue Mountains and the various ranges that make up the northern Rockies into next week.

“It is possible that a shift in the storm track develops later next week where storms move from north to south across British Columbia and the northwestern United States instead of straight in from the west off the Pacific Ocean,” Thompson said. “As this occurs, enough cold air may sink southward to allow snow to fall at very low elevations along the coast.”

The steep declines in downstream western markets had little effect on Permian Basin prices, which staged a strong recovery on Monday after falling into the negatives at the end of last week. El Paso Permian on Tuesday jumped 28.0 cents to $1.250.

The quick recovery in Permian prices to close out 2019 does not mean the pain is over. With gas takeaway still lacking, and oil-directed drilling still rampant, the glut of associated gas in the region is expected to pressure prices in 2020.

Genscape Inc. is noting U.S. crude oil production is poised to exit the year at about 12.4 million b/d. While that is nearly 1.6 million b/d above 2018’s annual average, the rate of growth slowed in 2019, including a contraction of activity this month with volumes coming in about 135 b/d below November.

However, based on current forward curve prices, Genscape expects oil production will resume growing in January and beyond, “with 2020 output forecast to average more than 12.8 million b/d. The character of the growth will be similar to 2019, with the most prolific growth coming out of the associated gas-rich Permian, Denver-Julesburg and Bakken areas.”

In other parts of Texas, cash prices were mixed, with gains and losses capped at around a dime.

On the pipeline front, a force majeure declared by Natural Gas Pipeline Co. of America (NGPL) on Monday could affect as much as 240 MMcf/d of Permian and Oklahoma outflows beginning Tuesday and expected to last through next Wednesday (Jan. 8).

The pipe experienced horsepower issues at its Compressor Station 102 in the Oklahoma Panhandle for the third time this year, according to Genscape. Primary firm and secondary in-path firm transport through the downstream Compressor Station 103 would be limited to 73% of contract maximum daily quantity (MDQ) for the duration of the work.

“The most recent event at this compressor, which lasted four days, featured a similar capacity reduction,” Genscape natural gas analyst Matthew McDowell said. “Flow through ”South of Station 106’ has averaged 888 MMcf/d in the last 30 days, a reduction to 73% of scheduled MDQ would represent a flow cut of 240 MMcf/d.”

NGPL Midcontinent cash rose by 55.5 cents to $1.400, while most other pricing hubs in the Midcontinent shifted less than a dime. 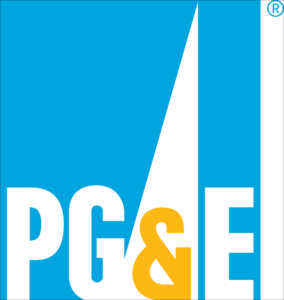 Fresh out of bankruptcy reorganization, PG&E Corp. and combination utility Pacific Gas & Electric Co. (PG&E) expect to have a new executive team in place by the end of this year, management said Thursday. Interim CEO Bill Smith discussed the restructuring process and responses to recent wildfires in Northern California during a 3Q2020 earnings conference…