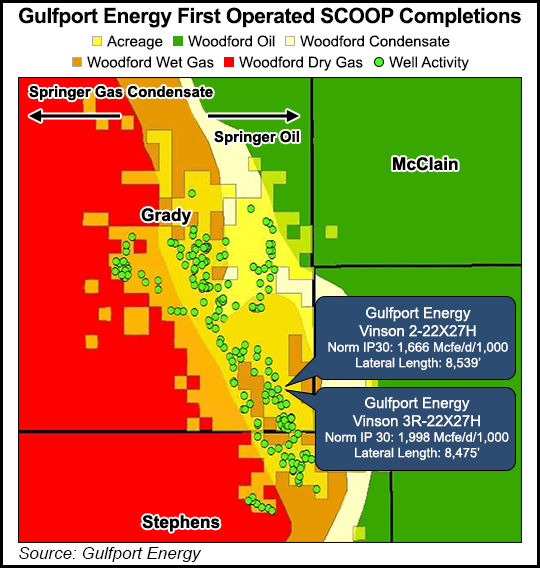 The Oklahoma City-based producer acquired 85,000 net acres in the SCOOP acquisition that are said are prospective for multiple horizons. Up to 18 operated wells are planned this year, with 16 expected to be turned to sales. While Gulfport is focusing mostly on the Woodford, it also plans to test the Springer and Sycamore formations. Currently it has four rigs running in Oklahoma.