* Part one of two. This series looks at the potential impact a Green New Deal could have on the oil and gas industry. In this installment, an environmental activist and a conservative economist reveal the merits and drawbacks of the sweeping proposal. 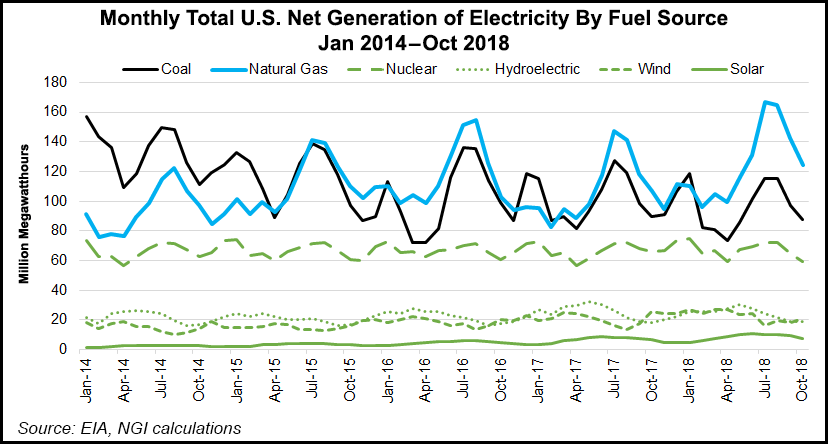 The co-founder of the Sunrise Movement, the grassroots environmental organization behind a plan to have all of the nation’s electricity generated by renewables in a decade, said the group doesn’t believe the incoming Congress will adopt the plan, but it will play a key role in setting the stage for developing public and political consensus on combating climate change.

Meanwhile, a Heritage Foundation economist countered that the Green New Deal (GND) is “a very aggressive and costly plan” that would lead the federal government into adopting a national energy policy that “picks winners and losers.”

Debate over the GND has taken on renewed importance as Republicans prepare to relinquish control of the House of Representatives to the Democrats next week.

According to Sunrise, the GND calls for establishing a 15-member House Select Committee for a GND, which would have the authority to develop a national plan to transition the U.S. economy to becoming a neutral emitter of greenhouse gas emissions. Although the select committee would have no authority to take legislative action on a bill or resolution, it could prepare draft legislation, hold public hearings and conduct its own investigations for the national plan.

The GND calls for the select committee to complete the national plan by Jan. 1, 2020, with draft legislation finalized by March 1, 2020. It also stipulates that within 10 years of the plan being enacted, 100% of the nation’s power demand would be met by renewables, while construction of an energy-efficient “smart grid” would also be completed.

“We do not think that legislation of this nature would pass given the current makeup of Congress and the current administration,” Sunrise political director Evan Weber told NGI. Part of the select committee’s charge would be to bring in “experts and community leaders to testify on solutions, while shining a light on the severity of climate change and the opportunities in coming together to address it.

“The committee itself can play a role in helping to build the public and political consensus for transformative action at the scale that is needed. The plan and draft legislation could also serve as a platform for any candidate to run on in 2020 who wants to show that they are serious about stopping climate change while creating millions of good jobs.”

But Weber disagreed with the characterization of natural gas as a “bridge fuel” to a low-carbon future, and minimized investments that the oil and gas industry, especially the world’s majors, have made in renewables.

“We believe natural gas is a bridge to a planet scorched,” Weber said, adding “expanding gas is just delaying our transition to actual zero-greenhouse gas energy solutions that are ready to go.” On the aforementioned investments, Weber said that Sunrise views “these investments, largely, as greenwashing. These investments do not make up significant portions of their portfolios.”

Heritage Foundation economist Nick Loris told NGI that “any policy that picks winners and losers and uses the tax code and taxpayers’ money, or forces fuel onto consumers, is usually going to be good for a handful a special interests and ultimately bad for all of the energy-consuming households and businesses in the United States.

“If it’s economically competitive, it shouldn’t need special treatment from the government to compete with conventional sources of energy. There’s a pretty clear reason why 80% of our energy needs come from coal, oil and natural gas, and that’s because they are abundant and affordable.”

Loris said if regulatory barriers were preventing renewables from competing in the electricity markets, he would be in favor of breaking them down. Doing so, he said, would promote competition, diversity and fuel choice.

“But if it’s done through what’s been done in the past, and what could be extended as egregious and aggressive subsidies — whether it’s things like the production tax credit, or extensions of the loan guarantee program, or a mandate to get to 100% renewables by 2030 — that is taking our energy policy in the exact wrong direction.”

“I think certainly this is all part of laying the groundwork for a bigger green agenda that has been in the making for years now,” Loris said. “But even if that ultimately happens, it’s still going to be very difficult to implement, just given what the proposed costs may be of such a plan.

“People are generally supportive of renewable power and taking action on climate change, but that support drops off fairly precipitously once you introduce how much it’s going to cost to bring those policies forward. Even when you suggest that households would pay $5-10 a month additional to combat climate change, the support falls very quickly…

“We’ll certainly have more hearings on the ideas, but ultimately this is a good thing. We should be having debates and conversations about different policy options. This is a good opportunity for conservatives, libertarians or people who are champions of the free market to make their case as to why subsidies and mandates are harmful both to taxpayers and ratepayers.”

Part two of the series will examine the oil and gas industry’s current posture toward a proposed Green New Deal, as well the reaction from lawmakers on both sides of the aisle.