Onshore activity held steady during the week ended Friday (July 30), but a decline in the Gulf of Mexico (GOM) saw the overall U.S. rig count slide three units to 488, according to the latest figures from Baker Hughes Co. (BKR). 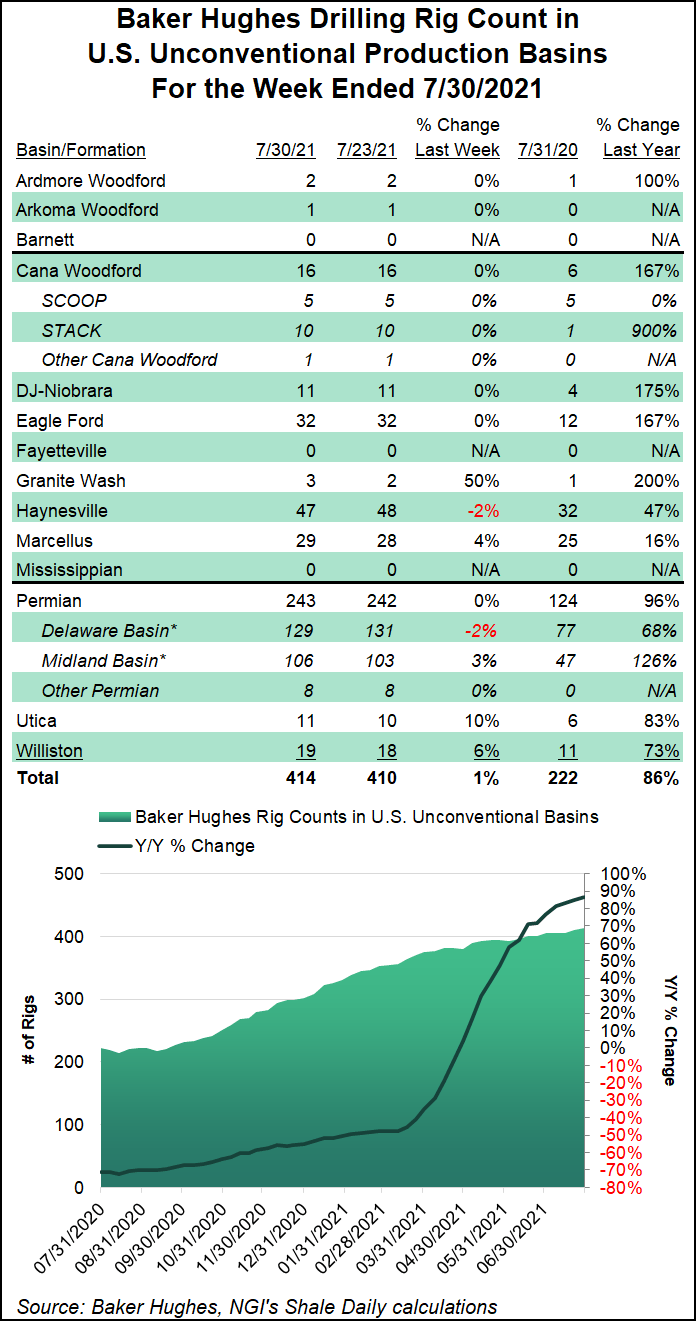 Declines in the United States included two oil-directed rigs and one natural gas-directed unit. The combined 488 active rigs as of Friday is nearly double the 251 rigs running in the year-ago period, according to the BKR numbers, which are based partly on data from Enverus.

The GOM saw three rigs exit during the period, lowering its total to 14 versus 12 a year ago. Land rigs remained unchanged at 473, while one rig continued to operate in inland waters. Four directional units and two vertical units exited overall for the week, partially offset by the addition of three horizontal units.

The Canadian rig count, meanwhile, added four rigs — all natural gas-directed — to raise its total for the week to 153, up from 45 a year ago.

In terms of changes by major basin, BKR recorded a one-rig decrease in the Haynesville Shale for the week. The Granite Wash, Marcellus Shale, Permian Basin, Utica Shale and Williston Basin each saw a net increase of one rig week/week.

Broken down by state, Louisiana posted the largest net loss for the week, dropping four units from its total to fall to 48, versus 29 a year ago. Utah saw a net loss of two rigs week/week, while Colorado and New Mexico each dropped one unit from their respective totals.

Meanwhile, Texas added two rigs during the period, while North Dakota, Ohio and Pennsylvania each added one rig, the BKR data show.