Mexico’s President AndrÃ©s Manuel LÃ³pez Obrador announced on Wednesday that a deal has been reached with local pipeline company Fermaca, bringing to an end a months-long conflict over natural gas pipeline contracts in the country. 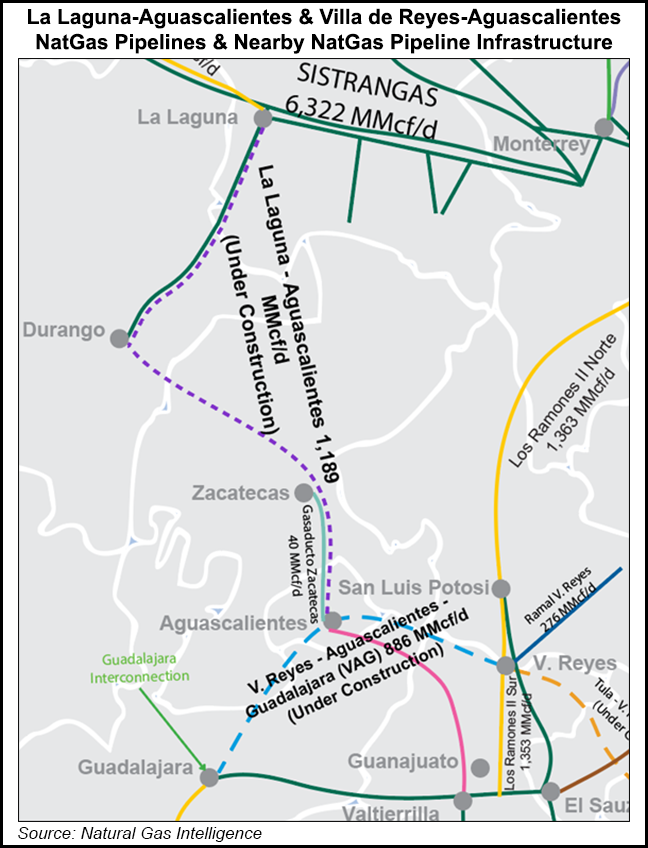 “It’s a step forward for various reasons,” LÃ³pez Obrador said during his daily press conference. “First, we were able to avoid litigation, and going to international court. Second, because the contracts remain intact. Third, because we’ve obtained lower transport rates… and fourth, because we’ve got natural gas guaranteed for a good price for 20 years.

“It shows that we can, through dialogue, reach agreements in benefit of businesses and in benefit of the government that represents the interests of citizens.”

Manuel Bartlett, the head of Mexican utility ComisiÃ³n Federal de Electricidad (CFE), the company that anchored the pipelines, said the new contract with Fermaca would see lower transport rates in exchange for 10 more years to the contract’s duration. The original firm capacity contracts were for 25 years.

Bartlett said that he thought that these pipelines “were the most important” in the system of pipelines in Mexico, as they would provide service to the centers of greatest consumption of natural gas in Mexico’s industrial heart.

The CFE said the deal reached would mean savings of $672 million for the state utility.

As was the case with the other renegotiated contracts, under the new deal, transport fees were leveled out over the length of the contracts and included new terms regarding cases of force majeure, a major sticking point to the conflict. Under the original contracts’ force majeure clauses, the CFE had been making fixed-capacity payments to the developers for the pipelines, despite the fact that they were not yet in service.

Since coming to power last December, President LÃ³pez Obrador has called the pipeline contracts signed between four pipeline companies and the CFE “abusive” and “unfair” to Mexico. In early July, the CFE announced it had filed arbitration requests over the contracts; this final announcement by Fermaca means all parties were able to come to an agreement through dialogue, avoiding court.

The Fermaca pipelines are expected to come online by as early as October, and the Carso line later this year. The Tuxpan-Tula, Tula-Villa de Reyes and Guayamas-El Oro lines all are experiencing lengthy delays due to social and other objections to their construction.

Although there is ample cross-border capacity into Mexico, the completion of these pipelines is considered crucial for U.S. natural gas, particularly for producers in Texas, where infrastructure bottlenecks and a supply glut have led to extremely low and even negative prices this year. The new pipelines should also lead to considerable savings for Mexico by displacing liquified natural gas imports.

The head of Fermaca, Fernando Calvillo Ãlvarez, thanked those who participated in the discussions to resolve the issue for their “good disposition” and said his company would invest an additional 12 billion pesos, or $615 million, in the national pipeline system.

Elvira Daniel, the head of Mexico’s pipeline system operator Cenagas, said earlier this year that once the pipeline contracts had been renegotiated, Cenagas would conduct an open season for the pipelines’ capacity, giving priority first to CFE, and then to industrial consumers.