Texas Gas Transmission LLC has received FERC approval for its Northern Supply Access Project, which would carry natural gas from the northern end of its system to Midwestern and southern markets. 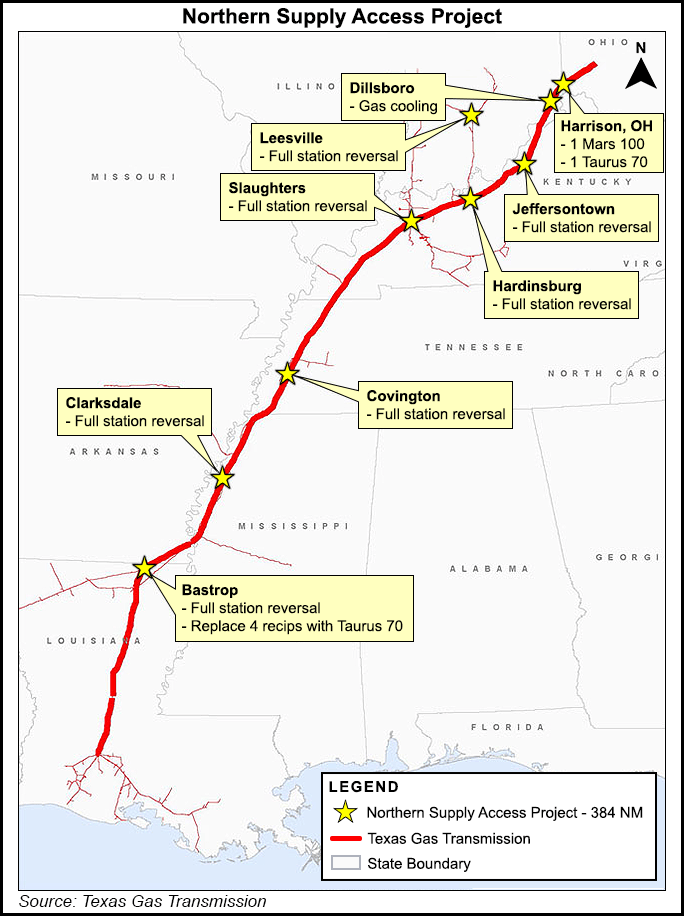 Texas Gas told the Federal Energy Regulatory Commission that the project would allow it to transport gas produced in the Marcellus/Utica region to Midwestern and southern markets.

The Commission denied Texas Gas’ request for rolled-in rate treatment for the project, saying, “…a pipeline must demonstrate that rolling in the costs associated with the construction and operation of new facilities will not result in existing customers subsidizing the expansion.”