Williams was given the green light by FERC on Friday to move forward with its Leidy South expansion in Pennsylvania, which is designed to carry about 600 MMcf/d of natural gas capacity to Atlantic Seaboard markets. 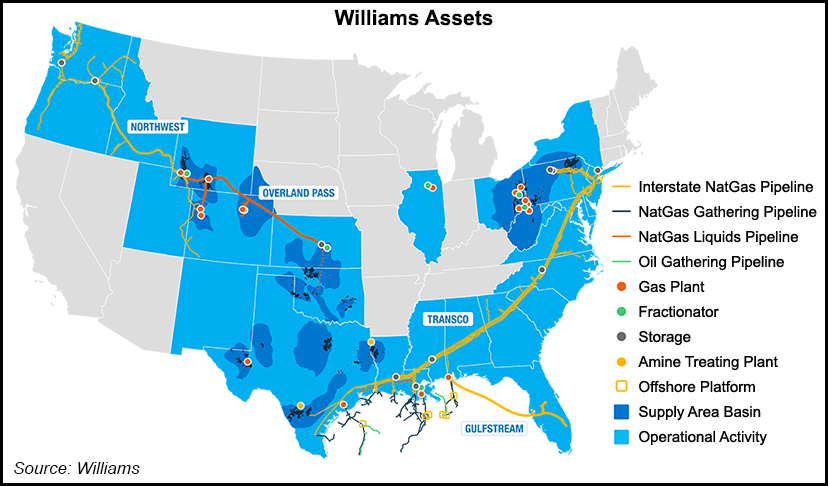 The Federal Energy Regulatory Commission said Transco could proceed with installing the Benton Loop, a 3.5-mile section of 42-inch diameter pipeline in Pennsylvania’s Lycoming and Columbia counties (No. CP19-494-000). The Hensel and Hilton loops planned by Transco for Clinton County were not included in the approval.

Along with Leidy South, Williams late last year also ramped up Southeastern Trail, which serves the Mid-Atlantic and Southeast. The system began partial in-service with 150 MMcf/d in November and an additional 80 MMcf/d in December. The balance of the 296 MMcf/d project is expected to come online before the end of March.

The third system to achieve early start up is the Bluestem Pipeline, a 120,000 b/d natural gas liquids (NGL) pipeline in the Midcontinent in which Williams partnered with Targa Resources Corp. to link the Conway, KS, and Mont Belvieu, TX, NGL markets.