Public Service Commission of the District of Columbia Chairman Willie L. Phillips will officially serve as the next FERC commissioner after the Senate confirmed his nomination late Tuesday. 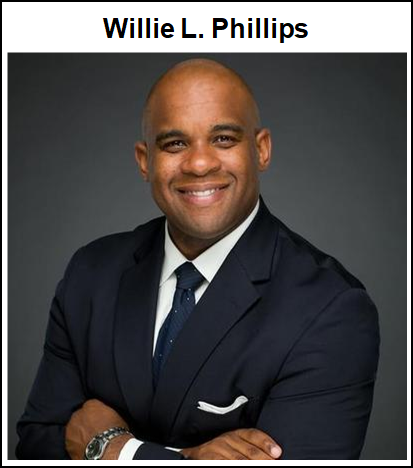 Phillips, nominated by President Biden in September, will fill the seat vacated by former Commissioner Neil Chatterjee for a term expiring June 30, 2026.

Chatterjee, a former Federal Energy Regulatory Commission chairman under the Trump administration, on Twitter called it a “humbling honor” to have Phillips as his successor. Current FERC Chairman Richard Glick offered “sincere congratulations” to Phillips, who is set to occupy the fifth and final seat on the commission.

“As I’ve said, the Federal Energy Regulatory Commission functions best when it has a full complement of Commissioners,” Glick said. “I very much look forward to welcoming Mr. Phillips to the Commission and working with him soon.”

Sen. Joe Manchin (D-WV), who chairs the Energy and Natural Resources Committee and has drawn criticism from his party over positions on energy and climate issues, endorsed the credentials of the newest FERC commissioner.

“He understands the need to balance affordability and reliability and will bring that outlook to the Commission,” Manchin said of Phillips. “And his unanimous confirmation, at a time when the Senate is uniquely divided, is evidence that he is supremely qualified and the right person to fully seat FERC.”

Keeping FERC at full strength will help to “provide the regulatory certainty necessary for investment in America’s energy infrastructure,” said Interstate Natural Gas Association of America CEO Amy Andryszak, “and so we thank President Biden for nominating Mr. Phillips and the Senate for confirming him.”

Natural Gas Supply Association CEO Dena Wiggins characterized Phillips as someone who “understands the important role of affordable, reliable and clean energy in Americans’ daily lives. We look forward to working with Commissioner Phillips and others to create a clean energy future for all, acknowledging the important role natural gas infrastructure plays now and in the future.”

“As the global LNG market continues to grow and the United States plays a larger and larger role, a well-staffed and educated FERC is essential,” Reidl said. “This confirmation brings the Commission to a full quorum, providing greater certainty for buyers and sellers of LNG and project developers.”

Before being appointed to the D.C. Public Service Commission, Phillips served as the assistant general counsel for the North American Electric Reliability Corp. He has also worked as a private lawyer, advising clients on regulatory compliance and policy matters and assisting in litigation and administrative proceedings at both the federal and state levels.

Phillips earned a Juris Doctor from Howard University School of Law and a Bachelor of Science from the University of Montevallo.