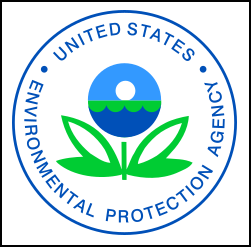 The reversal of the Affordable Clean Energy (ACE) rule, issued by the U.S. Court of Appeals for the District of Columbia on Tuesday, concluded that Environmental Protection Agency officials under the former president “misconceived” the law and the ACE “rested critically on a mistaken reading of the Clean Air Act.”

The court decision came on the last full day in office for Trump. President Biden was sworn in at midday on Wednesday.

The ruling essentially puts back on the table the Clean Power Plan that was enacted under President Obama, which mandated that power plants cut emissions by 32% below 2005 levels by 2030. It could function as a foundation for Biden’s administration; the newly inaugurated 46th president served as vice president alongside Obama.

States were empowered to determine how to meet the Obama targets most efficiently. Critics, however, said the Obama-era rule would have forced most coal plants out of business because they could not practically cut emissions to the targeted level.

Though the Obama rule was tied up in the courts when Trump took office, Trump’s EPA, as part of a larger deregulatory effort affecting the energy sector and industry more broadly, in 2019 issued a replacement rule. It effectively vacated the Obama regulation and sought to replace it with the ACE rule. Proponents said the Trump rule would remove expensive regulatory burdens and lower electricity costs, but critics said it imposed no substantial limits on power plant emissions and would have led to increased pollution.

The appeals court ragreed. It said the Trump EPA effectively ignored the basic tenets of the U.S. Clean Air Act (CAA) to regulate emissions of greenhouse gases (GHG). The Trump rule paid lip service to “slowing the process for reduction of emissions,” as mandated by the CAA, but in action it was too narrow in focus and, as a result, was “arbitrary and capricious” because it did not require concrete steps aimed at substantially curbing pollution, the court ruling concluded.

The ruling opens the door for the Biden administration to immediately develop rules for power plant emissions.

Analysts at ClearView Energy Partners LLC said one option is for Biden’s EPA to pick up where Obama left off, aiming to set nationwide GHG emission limits on the power sector. However, they noted that, while the three-judge court panel ruled against the EPA revision, the partial dissent by Judge Justin Walker, who was appointed by Trump, “looms” as a potentially complicating factor.

Walker agreed that the Trump rule should be vacated but for a different reason, the ClearView analysts said. Walker argued that the CAA itself precluded any further power plant emission regulation after the EPA issued such rules under the Act. EPA issued those rules in 2011.

Were a Biden EPA to move forward with an updated rule or or revive the initial regulation, “we think it would almost certainly face a challenge as soon as it is proposed from opponents relying on the arguments Judge Walker presented in his dissent, in part,” the analysts said. “No matter what rationale EPA advances, Judge Walker’s arguments seem highly likely to provide the framework for a future judicial challenge asserting that EPA cannot regulate” GHG under the CAA “at all.”

Meanwhile, the new president already was facing pushback on another front.

Canadian leaders this week vowed to save TC Energy Corp.’s Keystone XL (KXL) from a Biden plan to cancel the U.S. presidential permit for the $8 billion oil export pipeline project. KXL stands out as an 830,000 b/d growth enabler for Canada’s top natural gas user, Alberta thermal oilsands operations, with a leg to heavy crude refineries on the Texas coast. TC now is gauging interest to add up to 80,000 b/d of new oil capacity to the system.

The Alberta premier challenged a Biden promise to revoke the permit granted by Trump. The new president has cited concerns aired by Indigenous tribes, farmers and climate activists.

“Should the incoming U.S. administration abrogate the Keystone XL permit, Alberta will work with TC Energy to use all legal avenues available to protect its interest in the project,” said Alberta Premier Jason Kenney.

TC Energy, meanwhile, halted work on KXL pending a review of Biden’s anticipated decision. The company said Wednesday it “will review the decision, assess its implications, and consider its options.”

He is sure to face stiff opposition in an evenly divided Senate. While Vice President Harris would break 50-50 votes in favor of Democrats, major legislation typically requires a 60-vote majority.

That noted, Biden could use his executive authority to move swiftly on key fronts. He may order the United States back into the United Nations climate accord, widely known as the Paris agreement, and cease or at least slow oil and gas leasing on federal lands.

He also could cool trade tensions with China that simmered for much of Trump’s term in the White House. Energy interests, including the American Petroleum Institute, have publicly extended olive branches to Biden on this front, saying eased relations with the world’s second-largest economy could clear a path for increased U.S. liquefied natural gas exports to China.

However, Biden’s biggest aspirations would require new U.S. taxpayer support and, by extension, legislation that Republicans in the Senate — backed by energy lobbyists — are all but sure to oppose. Namely, Biden’s call for increased corporate tax rates and a $2 trillion infrastructure and clean energy plan to address climate change would need approval by Congress.