Mexico remains a great bet for long-term energy investment due to its highly strategic geopolitical position, according to Adriana Citlali Sánchez, a seasoned expert in fiscal planning and taxation in the Mexican energy industry, with more than 17 years of experience with major national and international companies. 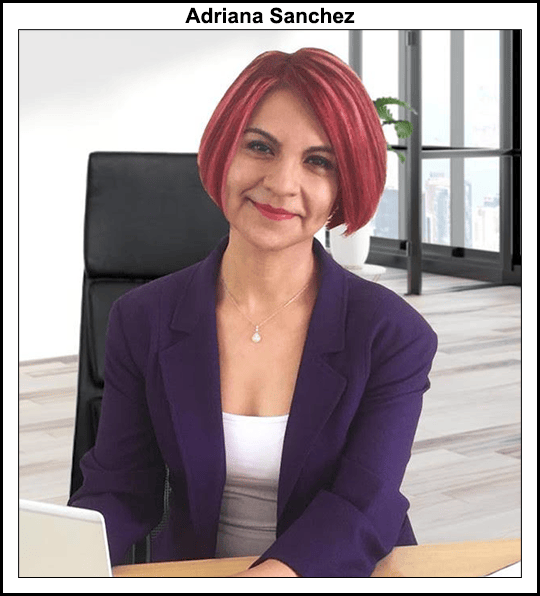 “We must not forget that the current government is seeking energy self-sufficiency with the collaboration of private investment, which generates an additional door of opportunity for the industry,” she added.

Sánchez, who is currently a tax manager for an international oil services company, specializes in the execution of fiscal planning and strategy, compliance, project development, tax code, audits and accounting. From 2010-2019, Sánchez was the head of taxes for Naturgy in Mexico, where she oversaw the company’s national taxation strategy, compliance, and assured fulfilment of the company’s tax obligations with fiscal authorities.

A graduate of the Universidad Nacional Autónoma de México in 1996 with a degree in public accounting, taxes and finances, Sánchez was the 41st expert to speak with NGI as part of a regular interview series with specialists in the Mexican natural gas market.

NGI: In your opinion, what is the most worrisome issue in the Mexican energy sector today?

Sánchez: I consider that the greatest challenge Mexico has is not only the establishment of clear, fair and accessible rules between the Mexican government and private investment, but also to define where we are going and how the growing energy demands will be met, because the resources are being depleted and demand will only increase.

Energy demand is growing and not all populations have energy resources. At the same time, the projection for the Mexican population in 2030 is that it will be 8% higher than the current amount, which would put the country’s population around 137.6 million inhabitants, according to the National Population Council’s projections for Mexico.

NGI: There is a lot of conversation lately about possible modifications to the energy reform being considered by the current government. Are there fears in the sector that the government will seek to reverse and/or change parts of the energy reform?

Sánchez: From my perspective, I would say no. Mexico is very important geopolitically and it is necessary that the country maintains and takes care of this standing, particularly given the recent signing of the USMCA agreement. The economic dependence between these countries – Mexico, the U.S. and Canada — will not allow for a radical change of position by the current government and, in fact, the USMCA itself wouldn’t allow for an expropriation of energy projects.

What is being seen is that Mexico has maintained its commitment to review certain contracts in order to verify whether they were obtained in a lawful manner or awarded with unfair terms that harm public finances. Additionally, the acts of past corruption in Petróleos Mexicanos (Pemex) and Comision Federal de Electricidad (CFE) that are being observed at an international level generate greater tension and reinforce the “no to corruption” efforts of the current government.

So, it is very important to ensure that any procedure that is carried out by any party — government or investors — is done with total transparency and in accordance with the law.

NGI: During the previous administration, there was a lot of interest in the international energy market to invest and develop projects in Mexico. Do you think Mexico is currently a less attractive investment destination in the energy world than a few years ago?

Sánchez: I don’t think so. As I indicated, Mexico is in a highly strategic geopolitical position and holds a unique location in the world that not many countries enjoy. Also, we must not forget that the current government is seeking energy self-sufficiency with the collaboration of private investment, which generates an additional door of opportunity for the industry.

Additionally, the current public finances reported by the Ministry of Finance and Public Credit (SHCP) — taking into account the pandemic — project an economic decline for this year of 8%. This actually triggers some certainty for certain investors, principally in terms of economic indicators such as the exchange rate, the positive trade balance, remittances with historical growth, refinancing of government debts and relevant economic reactivation in comparison with other countries.

However, we must not lose sight of the fact that the world economy and health policies continue to be very challenging during this unprecedented crisis. To stop the virus there is no other option than confinement, and as long as a vaccine is not available, this not only affects Mexico but also the world economy, which thus affects the value chains of the national hydrocarbons industry.

For this reason, even with this crisis, my opinion is that Mexico will continue to be a very attractive destination for investment development in the future.

NGI: With the recent tax reform, the current administration is increasing its efforts to collect more taxes. How are these efforts affecting the energy sector? Are they generating concern in the sector?

Sánchez: Correct, the SHCP through the Tax Administration Service (SAT) aims to increase collection, however this is not based on the increase in tax rates or new taxes.

What they aim to do is to be more efficient in the application of the current regulations.

The main focus of attention has centered on the paper or shell companies that were designed to defraud the federal treasury through non-existent operations that allowed them the non-payment of taxes and/or to receive tax refunds unduly. According to the Attorney General’s Office of Mexico, these types of transactions defraud the state of around 350 billion pesos each year, or about $17 billion, which was ruled last year as a serious crime, comparable to organized crime.

Also, during a recent presentation at the president’s morning press conference in September, the head of the SAT reported various indicators and procedures to achieve greater tax collection, and among the most reviewed industries was the energy sector. In the energy sector, they identified structures and aggressive plans aimed to erode the tax base and thus not pay corresponding taxes.

In regards to the energy industry, the recommendation to members of the sector is to review their tax planning and fiscal strategies in order to assess their level of risk and tax benefits obtained, as these will be questioned by the SAT in future audits.

NGI: In recent weeks, there has been a lot of talk in the industry about the difficulties in obtaining permits, particularly from the CRE, and the concern that it will be even more difficult to obtain them in the coming years. What is your opinion on this, and do you think it is a main concern in the sector today?

Sánchez: As the current administration has pointed out, it will not accept new permits until an order and revision of the existing contracts is conducted, which is one of the 100 commitments the government made at the beginning of the six-year administration. For that reason, it is advisable for the permit holders to assess the conditions of their contracts based on the legislation to avoid any connection with acts of corruption.

However, in my opinion new permits will be issued, taking into account that this government has reiterated that it cannot develop the industry alone and that private participation is required, thus generating greater stability in the market.

NGI: Where are the best opportunities in the Mexican energy sector?

Sánchez: Alliances with state companies in the field of natural gas, petrochemicals, in the generation of electricity through the development of new technologies and the replacement of obsolete infrastructure. Another opportunity is the exploration and discovery of new energy sources with greater efficiency that allow for the reduction of emissions.

Mexico is rich in resources, skilled and young people, which is why it is an attractive market for the industry and its growth.