The Pennsylvania Attorney General’s (AG) office has filed nine counts of environmental crimes against a subsidiary of Energy Transfer LP for its alleged failure to properly oversee construction of the Revolution Pipeline, which ruptured and exploded in 2018. 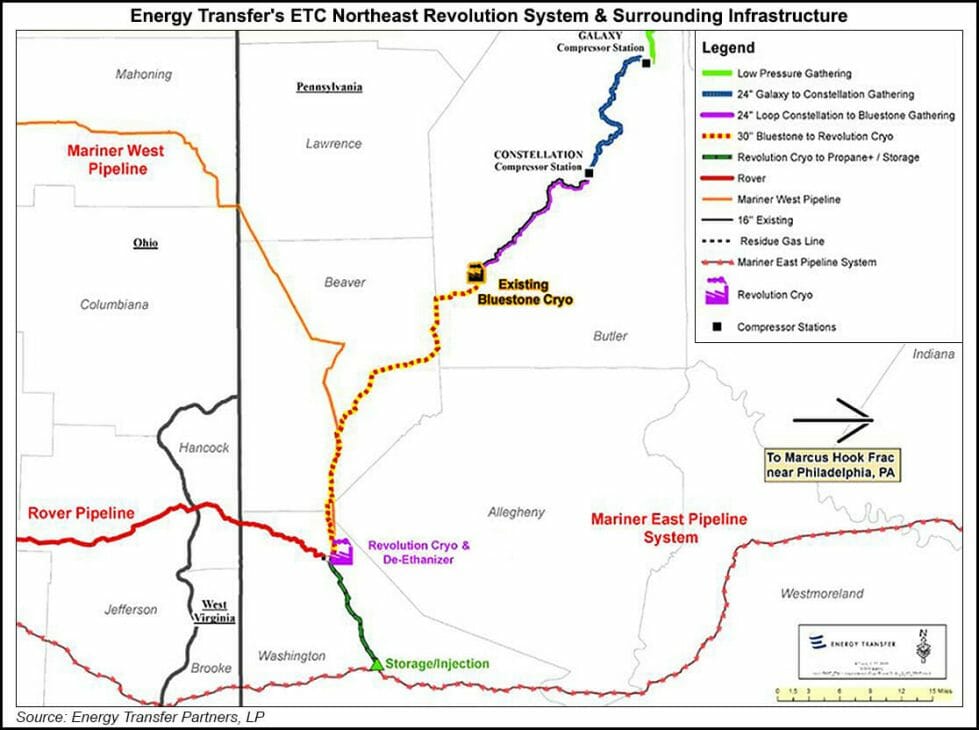 AG Josh Shapiro said a statewide grand jury investigation found that ETC Northeast Pipeline LLC allegedly ignored environmental protocols and custom plans that were created to minimize erosion and the possibility of a landslide, which ultimately led to the explosion. The incident in Beaver County’s Center Township scorched nearby forests, destroyed a home, barn and vehicles, and caused six high voltage electric transmission towers to collapse. There were no injuries.

“The grand jurors heard testimony and examined records that showed that explosion happened because of Energy Transfer’s negligence as they built the Revolution pipeline,” Shapiro said.

Shapiro said the grand jury learned that a lack of erosion control devices led to an initial landslide at the site in Center Township. “Despite this initial incident, the contractors continued restoring the pipeline site without adding more erosion controls,” the AG’s office said.

The pipeline was being packed with natural gas and brought online only days before the explosion, when unusually wet weather was blamed for a second landslide that caused it to separate and explode.

Energy Transfer said it was aware of the state’s claims and has been in discussions with Shapiro’s office to resolve the matter. The pipeline was cleared to restart service last year after ETC reached a settlement with state regulators. ETC previously agreed to pay a $30.6 million fine and other penalties related to the incident.