The Energy Information Administration (EIA) reported a 96 Bcf build into storage inventories for the week ending June 8, considerably higher than even the most bearish of expectations. Nymex July natural gas futures initially appeared to take the surprise build in stride as the prompt month barely budged after the storage report’s 10:30 a.m. release. 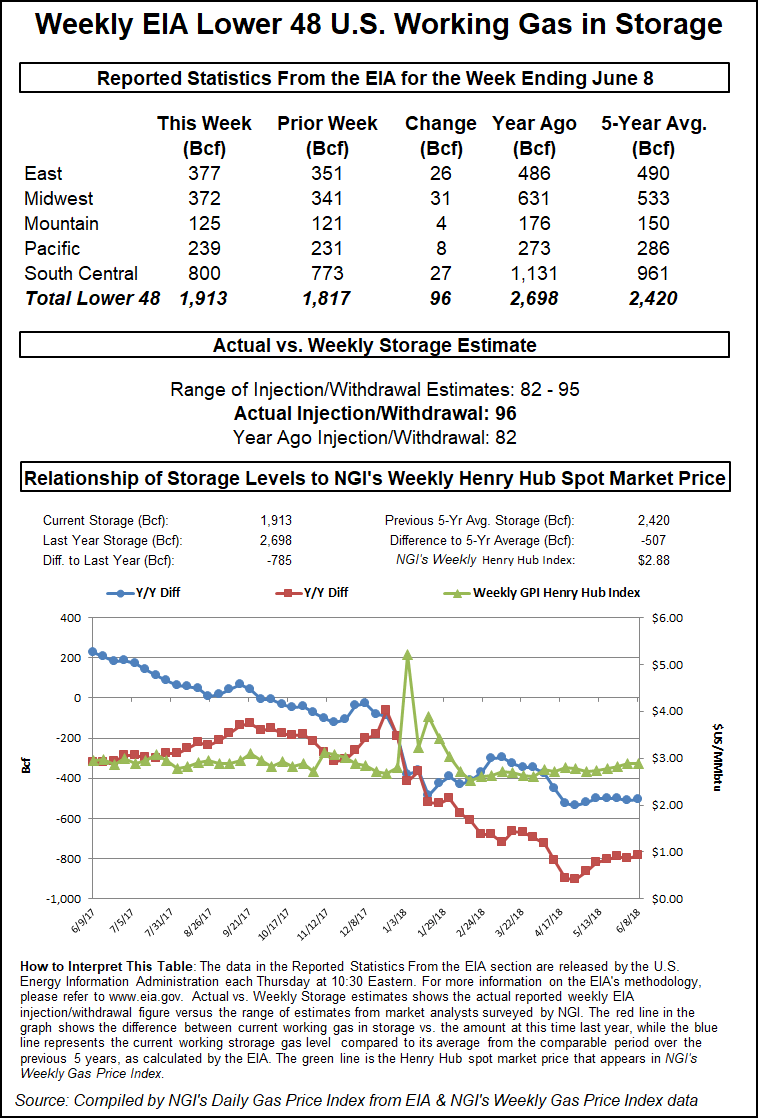 Last year, the EIA reported an injection of 82 Bcf, while the five-year average build stands at 91 Bcf. The East region injected 26 Bcf into storage, while the Midwest injected 31 Bcf. Inventories in the South Central region rose by 27 Bcf.

Saal said Thursday’s late-morning trading action was likely due to high-frequency traders that don’t necessarily care about such a large discrepancy in storage estimates versus the actual reported build. “The market is groping along now. There’s only so many things it can react to,” he said.

Still, with weather forecasts showing cooler weather beginning next week, there could be some downside risk in play.

Cooler weather trends for June 23-24 became more pronounced in overnight weather model runs, with a cool shot focused across the center of the country into the Ohio River Valley potentially pulling cooling demand below seasonal averages for a brief period.

The mild weather conditions are expected to linger a few more days, with cooling demand then returning to slightly above average into the long-range, Bespoke said. Then, forecasters are calling for a trough forming across the Pacific Northwest and broad ridging across the East, leading to more bullish forecasts.

Saal said any warmer weather later this summer could possibly get the market to $3.00. “Until then, people aren’t too interested.”