Driven by associated output from the Permian Basin, the Energy Information Administration (EIA) is raising its forecast for domestic natural gas production in 2023, according to updated projections. 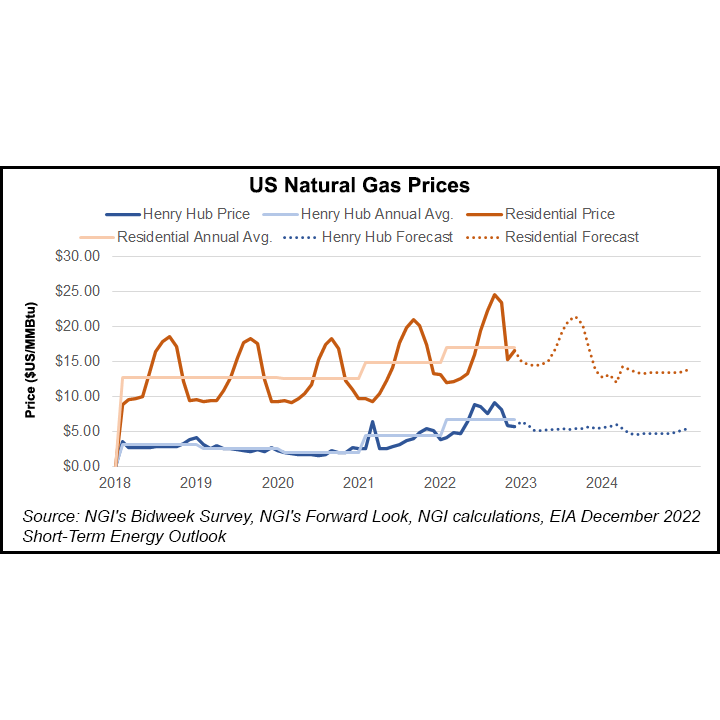 Recent Nymex futures trading has January prices lagging the EIA’s 1Q2023 outlook as mild weather and strong production to close out the year have contributed to downward pressure on prices. The January contract settled below the $5.50 mark on Tuesday.