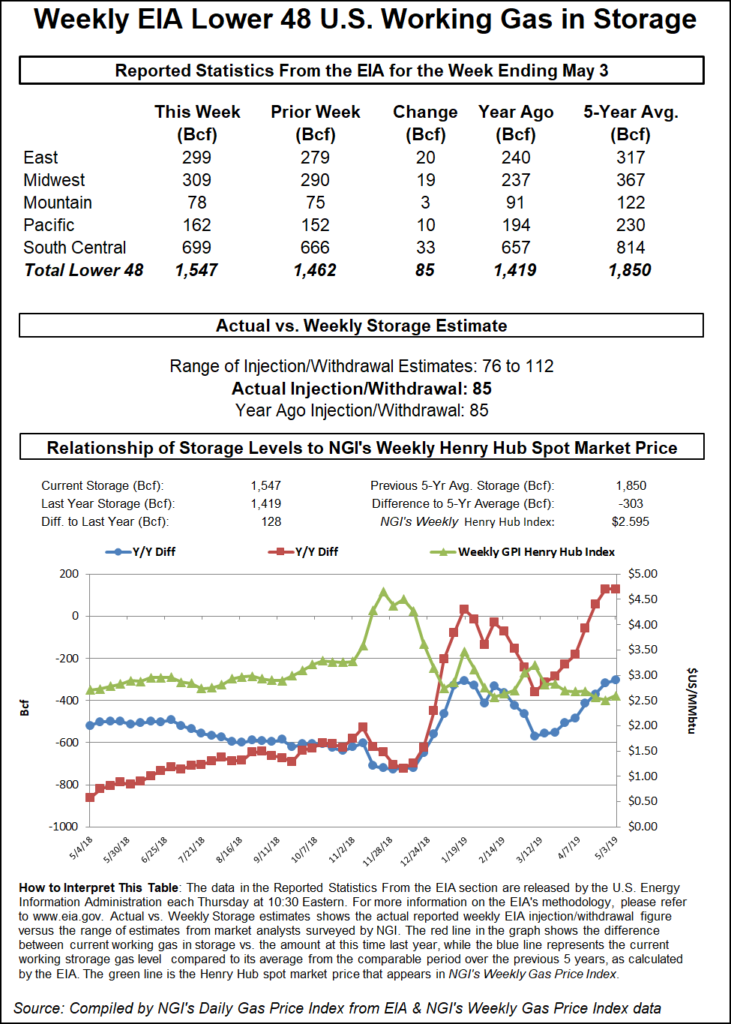 The 85 Bcf injection EIA reported for the week ended May 3 matches the 85 Bcf build recorded for the year-ago period but is larger than the 72 Bcf five-year average.

Natural gas futures had been trading a few pennies lower early Thursday as traders prepared to digest the latest weekly government storage data. As the EIA data crossed trading screens at 10:30 a.m. ET, the June contract went as low as $2.577 and as high as $2.592, venturing only slightly outside of the $2.582-2.587 area prices occupied in the minutes leading up to the report.

By region, the South Central saw the largest build for the week at 33 Bcf, including 24 Bcf into nonsalt and 10 Bcf into salt stocks. The East injected 20 Bcf, while the Midwest injected 19 Bcf on the week. Further west, the Mountain region posted a net 3 Bcf weekly injection, while the Pacific injected 10 Bcf, according to EIA.