The Environmental Defense Fund (EDF) is urging a federal appeals court to strike down FERC’s certificate for the 66-mile Spire STL Pipeline LLC, arguing that the Commission failed to follow its legal responsibilities when it approved the project in 2018. 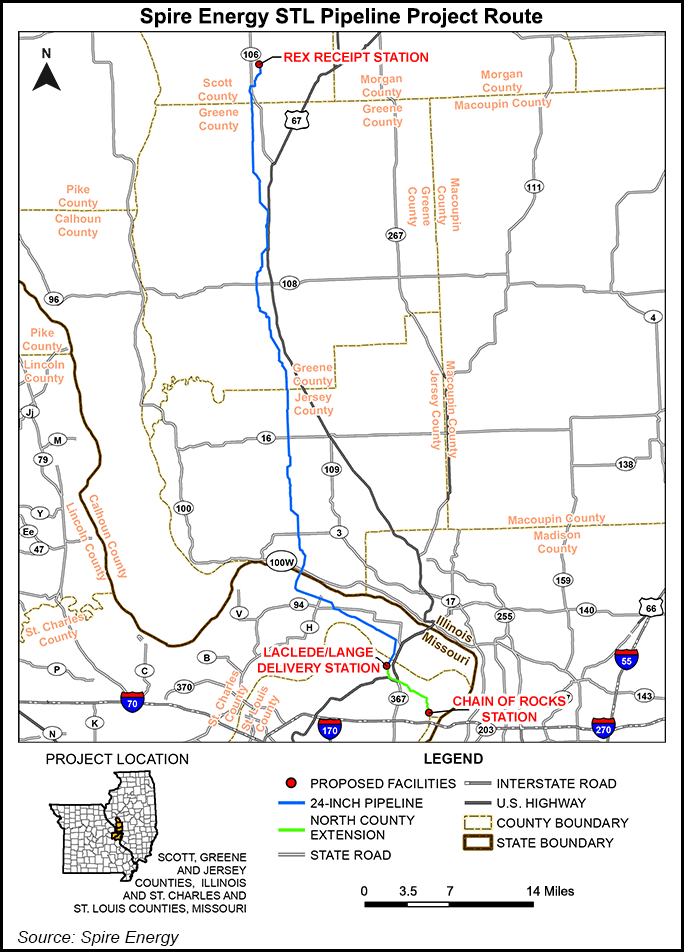 In particular, the Federal Energy Regulatory Commission’s reliance on an affiliated precedent agreement in determining the public need for the STL project is “an egregious failure to fulfill its statutory responsibility,” the environmental group said Friday in a brief filed with the U.S. District Court of Appeals for the District of Columbia Circuit.

FERC should have more closely scrutinized Spire STL’s agreement with affiliate Spire Missouri Inc., according to the group.

The Commission effectively allowed a “private business decision to override the wide-sweeping public interest ramifications” of approving the project, the group argued.

Arriving days before an election that could tilt the ideological balance of the Commission in the other direction, the EDF’s brief represents the latest rebuttal in an ongoing debate over FERC’s methodology for reviewing natural gas infrastructure. Alongside issues over how to quantify climate change impacts, the consideration of pipeline precedent agreements between affiliates has been among the major points of disagreement.

FERC issued the Spire STL certificate in a 3-2 split decision in 2018. Former Democratic Commissioner Cheryl LaFleur at the time argued that the Spire project “squarely fails the threshold economic test” and that “the record does not demonstrate a sufficient need for the project.”

Commissioner Richard Glick joined LaFleur in her dissent at the time, similarly questioning the Commission’s rationale for finding that the project was needed. Glick, currently the lone Democrat on the Commission, has continued to push for more careful scrutiny of precedent agreements between affiliates when ruling on a pipeline’s market need.

Spire STL is designed to run from an interconnect with the Rockies Express Pipeline in Scott County, IL, to interconnections with Spire Missouri and Enable Mississippi River Transmission LLC in St. Louis County, MS.

EDF filed its initial legal challenge of the Spire certificate in January.