Eclipse Resources Corp. said Tuesday it plans to expand its asset base this year and build on records the company set in 2016, announcing executive management changes geared toward driving growth. 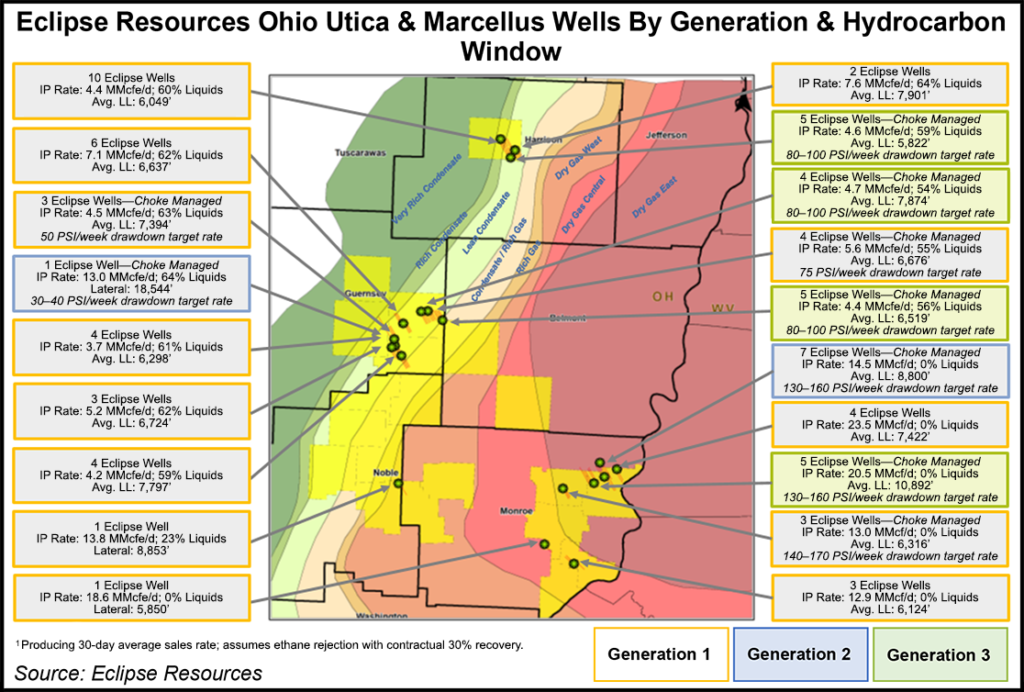 COO Tom Liberatore has been appointed executive vice president of corporate development and geosciences. The company said he will spearhead acquisition and divestiture (A&D) efforts during the “cyclical downturn in the energy sector” in addition to overseeing reservoir engineering, geology and personnel.

“As we move into the coming year, we are planning to accelerate our growth, both through the drill bit and through accretive acquisition opportunities as they arise,” said CEO Benjamin Hulburt.

Oleg Tolmachev, who had served as senior vice president of drilling and completions, playing an instrumental role in bringing online the company’s record-setting Purple Hayes well early last year, has been appointed COO. He’ll now manage the Ohio pure-play’s operations in the Marcellus and Utica shales. The management changes are effective immediately.

Eclipse got a start on its A&D activities last month, when it announced it would sell 9,900 noncore acres in Southeast Ohio for $63.8 million to an undisclosed buyer. Those assets had production of just 1 MMcfe/d. Prior to the sale, Eclipse had 209,000 net acres in Noble, Guernsey, Monroe, Belmont and Harrison counties, OH.

The company also said Tuesday that it has turned its first third generation-designed wells to sales in the Utica dry gas window of Monroe County. The “Gen-3” design “combines the use of slickwater completion fluids, designer friction reducers, tighter stage spacing and significantly increased proppant loading,” Hulburt told analysts in November during the company’s third quarter earnings call. Prior to Tuesday’s announcement, the company had applied the Gen-3 design only to wells in its condensate window.

The five-well Holiday pad has average lateral lengths of 10,700 feet and was turned to sales on pressure management at 20 MMcf/d per well with starting pressures of 7,500 pounds. The wells have an average stage spacing of 180 feet and were completed with 2,600-3,000 pounds per foot of proppant.

Eclipse said in November it would complete all of its wells going forward with the third generation design, which utilizes the lessons learned on the company’s Purple Hayes well in Guernsey County. That well was completed with a record-setting 18,544 foot lateral and 124 stages.