The Eagle Ford Shale saw the departure of four drilling rigs in the latest count compiled by Baker Hughes Inc. and released on Friday, Oct. 16. At 76 rigs, the Eagle Ford is a far cry from its year-ago rig census of 209 units running. 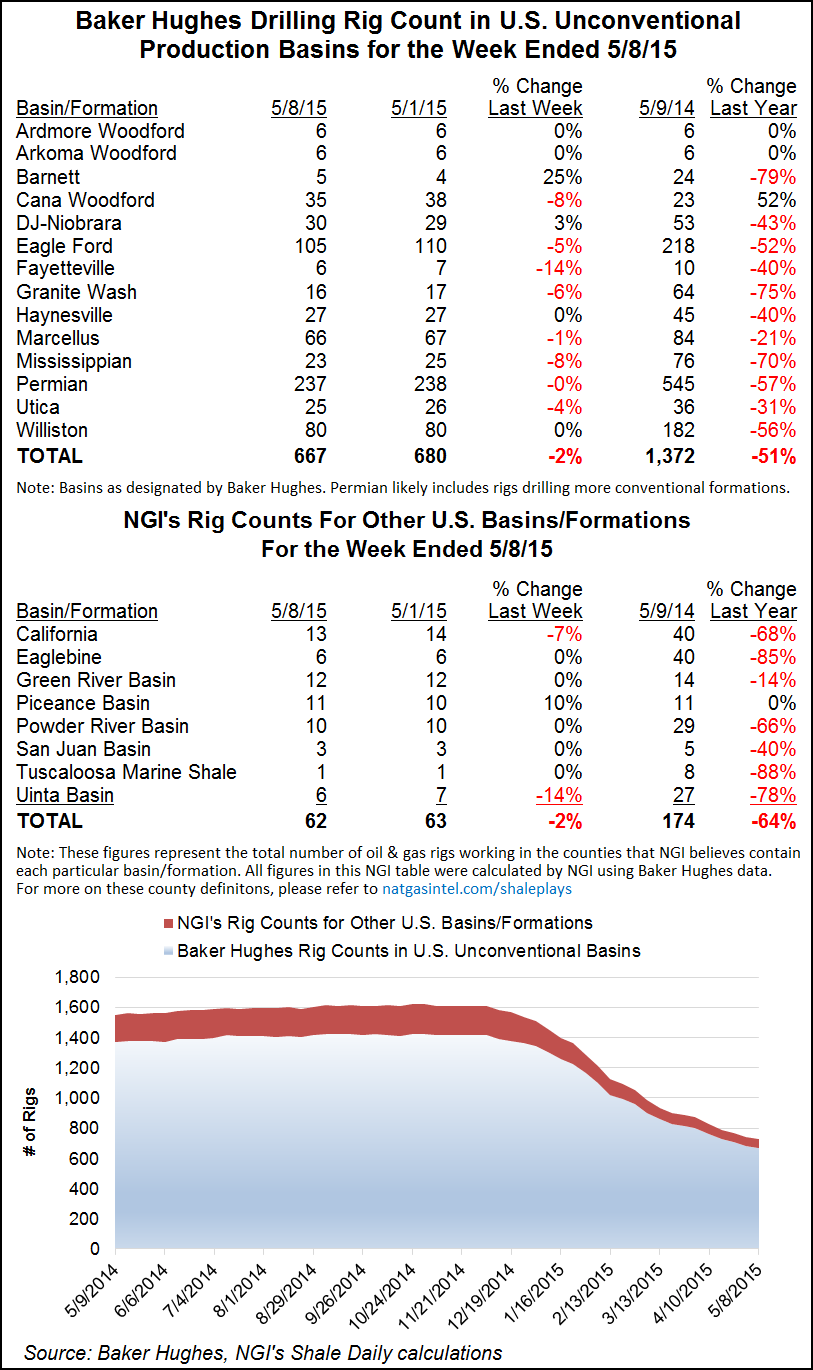 However, Karnes County, in the heart of the South Texas play, has been drawing increasing attention from producers that are high-grading their operations, according to an analysis by Drillinginfo.com.

However, Drillinginfo said the gains in Karnes County, which is southeast of San Antonio, have come at the expense of activity in in Dimmit County to the west of Karnes, which has seen a “massive decrease” in NPC for oil and gas.

Overall, the U.S. oil and gas rig count fell by eight units in the Oct. 16 count as nine land rigs were lost and one rig was added offshore. Ten oil-directed rigs departed, but three gas-directed rigs were added. Seven horizontal drilling units left the game, and four vertical units were pulled back.

While the Eagle Ford was the biggest loser among plays, New Mexico saw the largest exit of rigs among states, losing five units.

Canada experienced a net gain of one rig: two oil rigs were added while one gas rig was lost. The Canadian count stood at 181 units, down almost 57% from a year ago when it was 417.