Devon Energy Corp. has amended the terms of its Barnett Shale asset sale to Thailand’s Banpu Kalnin Ventures (BKV), with the Oklahoma City-based independent agreeing to divest the North Texas assets for $570 million in cash at closing and contingent payments of up to $260 million. 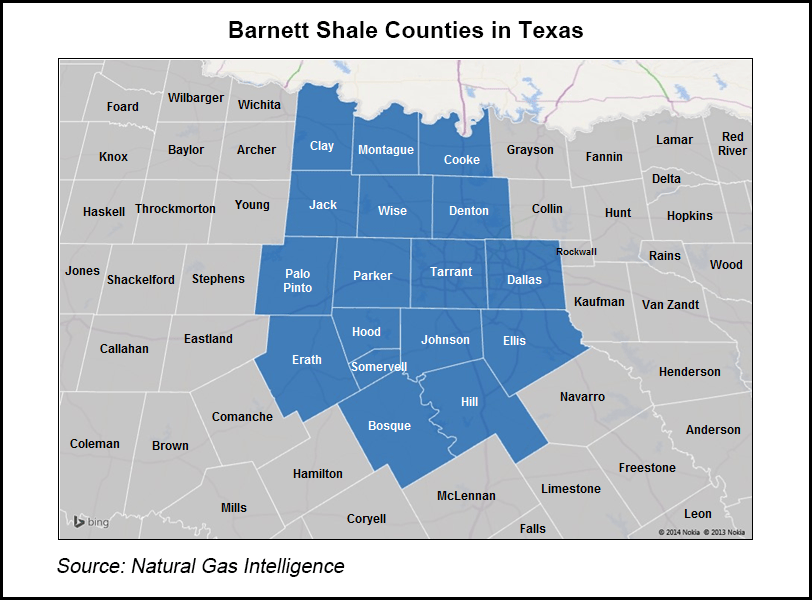 In the initial agreement reached in December, BKV offered $770 million for the assets, which gave Devon entry into the unconventional natural gas business in 2002.

Under the amended terms, BKV agreed to pay an increased deposit of $170 million, and the scheduled closing date was extended to Dec. 31 from Wednesday (April 15). The closing payment is subject to customary price adjustments that, among other things, allocate revenues and expenses based on a Sept. 1, 2019, effective date.

Contingent cash payments, that would begin Jan. 1 over a four-year term, would be based upon future commodity prices, with “upside participation” beginning at either a $2.75/Mcf Henry Hub natural gas price or a $50/bbl West Texas Intermediate oil price. The contingent payments would be earned and paid annually.

Devon paid $3.1 billion in late 2002 to acquire the granddaddy of all shale plays, the Barnett, as part of its takeover of Mitchell Energy & Development Corp. However, as gas prices continued to stagnate, the independent turned its attention to Lower 48 oil targets and had all but abandoned the birthplace of unconventional production.

Once completed, BKV would become the biggest gas producer in the Barnett with the purchase, which includes more than 320,000 gross acres and 4,200 producing wells.

Devon’s net production from the properties averaged 597 MMcfe/d in 3Q2019. At the end of 2018, proved reserves associated with the Barnett amounted to 4 Tcfe.