“We are effectively seeing this administration block the participation of private industry in the energy sector across all segments,” Montserrat Ramiro, former Commissioner at Mexico’s Comisión Reguladora de Energia (CRE), told NGI’s Mexico Gas Price Index. “Apparently they think the optimal outcome is total control of the market by state-owned companies. Moreover, they think markets are not necessary or beneficial to consumers.” 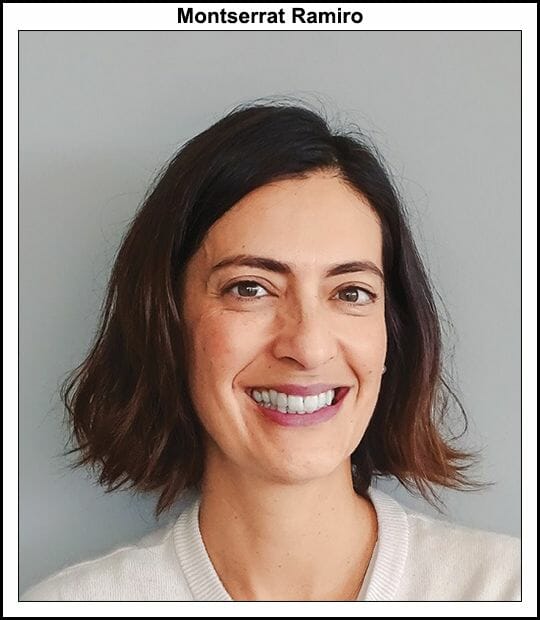 Ramiro, a global fellow at the Wilson Center’s Mexico Institute in Washington D.C., is the 47th expert to participate in the ongoing question-and-answer (Q&A) series about the Mexican energy industry. She was a commissioner at the CRE from 2014-2019 and the Chair of the Network of Economic Regulators at the Organization for Economic Co-operation and Development (OECD) from 2018-2019.

“I think everybody, both in Mexico and elsewhere, thought the lack of economic rationality in closing the energy sector would be nearly impossible and that Mexico wouldn’t do it,” Ramiro said. “This administration has a different vision and has tried to overturn the legal and regulatory framework through executive actions.”

In her more than 20 years of experience in the energy industry, Ramiro has served as the Energy Director at the Mexican Institute for Competitiveness (IMCO), in the office of the CFO at Petróleos Mexicanos (Pemex) and was an Eisenhower Fellow in 2018. She holds a degree in economics from the Instituto Tecnológico Autónomo de México (ITAM), a master’s degree in economics from the University College London, where she specialized in environmental economics and natural resources, and a graduate diploma in finance and corporate social responsibility from Harvard University.

NGI: A main topic of interest this past week was the letter that the U.S. government sent to Mexico regarding the energy regulatory bodies. In your opinion, what signal is the U.S. trying to send to Mexico about the energy sector and the state of the regulatory agencies?

Ramiro: What we’ve seen over the last two years are not isolated events. It is a series of actions that outline this administration’s energy policy. It has been consistent throughout. The objective is to strengthen CFE and Pemex’s market share at the expense of competition. It is not consistent with the law or current regulatory framework.

This, as well as the lack of economic rationale made it very difficult to believe or anticipate. However, this is the case. It might have taken two years for the U.S. government to realize it is happening, but it is. We need to understand it isn’t a series of erratic decisions but a clear public policy strategy regardless of what analysts think is needed or optimal.

This administration’s goal, whether we think of it as rational or not, is to strengthen the state-owned companies in a way that is neither financial nor operationally feasible. What this administration wants is for state-owned companies to control the energy sector. They also believe energy markets are not necessary, that the energy sector shouldn’t be open to competition, and that the state companies should be the sole providers of goods and services. This is not only impossible financially but clearly not optimal socially, not to mention against Mexico’s legal framework.

With that as the central premise, the rest of the decisions and actions we’ve seen are consistent. The courts and some autonomous regulators such as the Federal Commission for Economic Competition (Cofece) are the only institutions capable of upholding the law and blocking the implementation of these policies. In fact, several injunctions have been partially successful.

This is a good example of the relevance of independence and the degree of independence needed to effectively protect regulators, which have long-term objectives, while public policy and politics have short term goals. CRE, as a technical autonomous body, doesn’t have budgetary autonomy, and thus isn’t constitutionally autonomous. So, to bend CRE to accommodate current energy policy has proven quite easy. This is not the case of Cofece, for example, which has been able to keep its staff, given its  autonomous condition, and is in a stronger position to oppose or argue against public policies that weaken competition.

Naturally, after two years and a consistent strategy against competition and private sector participation, there’s more pressure from external forces, such as the U.S. and other countries. The Jan. 15 letter could have been sent a year ago because nothing has really changed between then and now. The problem is I think everybody — including some people from the U.S. policy side — thought that the lack of economic rationality of closing the energy sector prevented it from being a real possibility and that Mexico wouldn’t do it. What this letter proves is that, finally, and maybe a day late and a dollar short, they are realizing that current energy policy does not hold economic rationality as an objective. Not only for Mexican consumers but for the investment climate in general.

As I said before, the current administration genuinely believes the energy sector should not be open for competition and that it should be controlled by the state-owned companies. Despite how outdated this concept is, it is what their actions and words communicate.

I think what the letter from the U.S. tries to convey to the Mexican government is: Don’t forget you live in a global context with international agreements that have consequences that go beyond Mexico, and you can’t damage the rights of others.

This is damaging to economic competitiveness in all sectors of the country, and it seems that this administration either doesn’t understand or doesn’t want to accept that this is the case. The cost of the policies is unsustainable in the mid to long-term both in terms of overall competitiveness and fiscally. At this point, it is unclear what it is going to take for this administration to backpedal, or if they will at all.

NGI: Something in the U.S. letter that caught my attention was the except that said:

“We have been concerned by reports of a July 22 memo, followed by a September 22 meeting with regulators who were allegedly instructed to block permits for private sector energy projects.”

What do you know of the meetings mentioned in this letter?

Ramiro: Those meetings effectively took place. For example, in September 2020, President López Obrador summoned public officials from the sector, including commissioners from the CRE, and asked them directly to help limit the participation of private companies within the current legal framework.

And more recently, the federal government asked CRE to close, stopping all its  administrative processes, using Covid-19 as justification.

So, the regulator is implementing the government instruction. Autonomous regulatory capacity is gone. Moreover, the only way to comply with the law and not award or modify lawful permits is by simply shutting the door at the CRE.

NGI: Do you think that, little by little, we are effectively seeing the rollback of the Mexican energy reform?

Ramiro: Yes. We are effectively seeing that this administration is stopping the participation of private industry in the energy sector across all segments. They are doing that de facto.

The courts have worked in favor of private investors. Some of these legal challenges will eventually reach the Supreme Court.

The only remaining option the government has is to change the constitution. That, however, puts Mexico on a dangerous path.

NGI: As difficult as the investment climate is in the energy sector right now, do you see any opportunities for growth or development in the sector?

Ramiro: I think the opportunities are there. Without question. We have a very low penetration of renewable energies. The technology is in place, and storage options are becoming more and more available across the world, which will make renewable projects cheaper and easier to manage.

However, at the moment, public policy isn’t aligned with the existing opportunities.

Maybe ongoing legal challenges will reopen the door for private investors. Or probably authorities will allow private projects selectively (as happened with Sempra’s LNG facility in Baja California). These are trends I suggest investors follow.