The House on Friday voted to restore Obama-era controls on methane emissions from the oil and natural gas sector that had been partially rescinded by the Environmental Protection Agency (EPA) under the Trump administration. 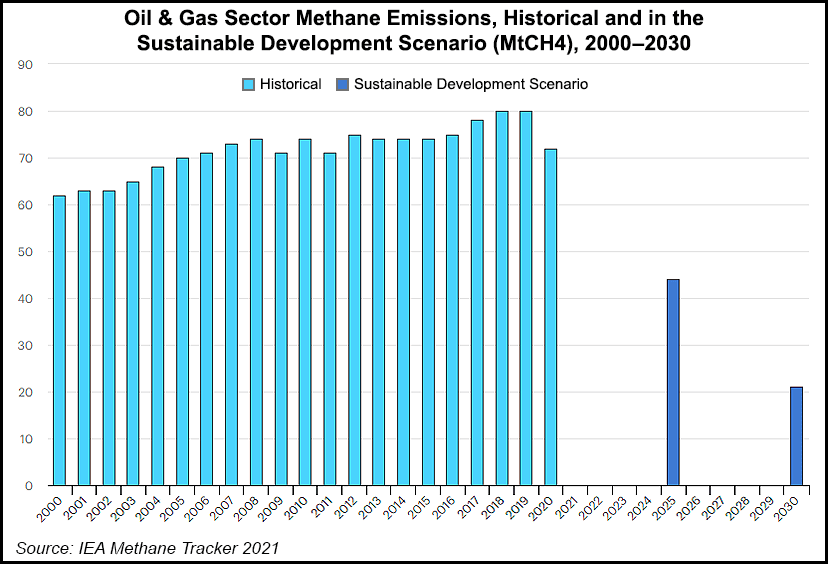 The measure passed by a margin of 229-191 under the Congressional Review Act (CRA) after 52-42 passage by the Senate, and was expected to be signed by President Biden.

Resolutions under the CRA require only a simple majority to pass the Senate, and cannot be filibustered.

The methane rules enacted in 2016 seek to reduce emissions of the potent greenhouse gas, along with smog-forming volatile organic compounds and toxic air pollutants such as benzene from oil and gas operations.

Methane is responsible for at least one-fourth of current global warming, according to the Environmental Defense Fund (EDF), which applauded legislators for Friday’s vote.

“Congress just delivered its first bipartisan win for the climate,” said EDF President Fred Krupp. “Controlling methane is a winning proposition for all sides because it cuts pollution and reduces waste.

The EPA under Trump had lifted provisions of the rule including emissions standards for the industry’s transmission and storage segments, and methane control requirements for the production and processing segments.

Once signed by Biden, the resolution passed Friday will restore these provisions “and clear the way for additional safeguards promised by the White House in January for hundreds of thousands of new and existing wells,” EDF said, a reference to Biden’s day-one executive order on climate.

The nonprofit noted that facilities built before 2015 “are responsible for an overwhelming majority of [the] industry’s methane pollution but aren’t subject to federal controls.”

“As policymakers discuss a path forward for methane regulation, API is focused on working with the administration in support of the direct regulation of methane for new and existing sources through a new rulemaking process,” an API spokesperson said in an emailed statement to NGI. “We have an opportunity to build on the progress the industry has made in driving down methane emissions through technological advancement, and we are committed to finding common ground on cost-effective government policies.”

In related news, API this week proposed a template for oil and gas companies to standardize greenhouse gas emissions reporting.

Analysts at ClearView Energy Partners LLC said they regard Friday’s vote “as a first step in the Biden Administration’s broader agenda to expand and tighten methane regulations.”