The 642 MW Huexca combined cycle thermal power plant in Mexico obtained the approval of voters in a referendum over the weekend and will be allowed to enter operation, President AndrÃ©s Manuel LÃ³pez Obrador said Monday. 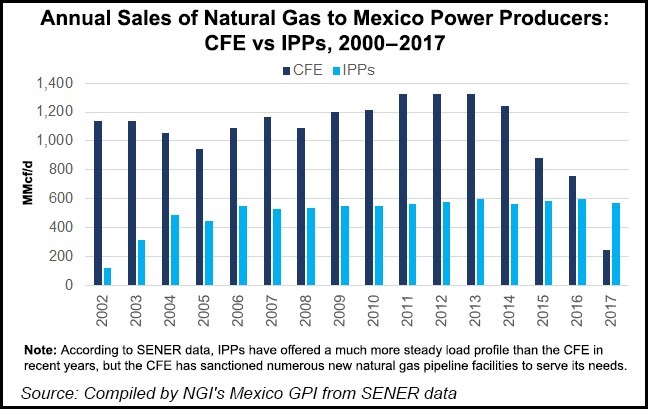 Although construction of both projects is complete, they remain idle due to delays facing an aqueduct that will supply the power station with water from a nearby treatment plant.

The power plant, as well as the natural gas and water pipelines, form part of CFE’s controversial Proyecto Integral Morelos (PIM), which also includes an electric power transmission line. CFE has so far invested about 25 billion pesos ($1.31 billion) in PIM, the president said.

LÃ³pez Obrador, who supports the project, announced on Feb. 8 that authorities would hold a referendum on whether the power station should be allowed to operate.

Already simmering tensions reached a boiling point after Samir Flores Soberanes, a 30-year-old environmental activist and leading voice against the project, was shot dead at his home in Morelos last Wednesday (Feb. 20).

The referendum, in which only residents of towns along the pipeline’s route were allowed to vote, was conducted over the weekend (Feb. 23-24). The pipeline passes through the states of Tlaxclala, Puebla and Morelos.

In a Monday morning press conference, LÃ³pez Obrador said that 59.5% of respondents voted in favor of the plant’s startup, which the president said should hopefully occur this year.

El Frente de Pueblos en Defensa de la Tierra y el Agua, the group which has led opposition to PIM, has said the project threatens the supply and quality of water in the area, and have cited the danger presented by the pipeline’s proximity to an active volcano.

The group publicly rejected the referendum results on Monday, and said it will continue to fight against the aqueduct’s completion.

LÃ³pez Obrador acknowledged “repression” of residents along the pipeline’s route during its construction, but highlighted the importance of the power plant, citing the fact that it is owned by CFE as opposed to a foreign company.

Both LÃ³pez Obrador and CFE’s chief executive, Manuel Bartlett, oppose the idea of CFE, which holds a monopoly in the power transmission and distribution segments, purchasing electricity from third parties.

In a press conference last Friday, Bartlett said that CFE will seek to restructure its $60 billion debt burden, and that $16 billion of that total pertains to seven natural gas pipelines under development by the private sector that are delayed or inactive.

CFE, which commissioned the pipelines, is contractually obligated to make fixed-capacity payments to the projects’ developers under force majeure clauses.

Bartlett on Friday called the contract terms “unacceptable” and said they must be renegotiated.

TransCanada Corp. Is developing the first two projects, while billionaire Carlos Slim’s Grupo Carso is behind Samalayuca-Sasabe. Infraestructura EnergÃ©tica Nova (IEnova) built and is the operator of Guaymas-El Oro, while La Laguna-Aguascalientes and Villa de Reyes-Guadalajara are part of the so-called “Wahalajara” pipeline system under development by Mexico-based Fermaca. Sur de Texas-Tuxpan, meanwhile, is a joint-venture between TransCanada and IEnova.

Bartlett on Friday reiterated that he “was always against” the 2013 constitutional energy reform that opened Mexico’s state-dominated energy industry to private sector competition, but told reporters that during the first three years of LÃ³pez Obrador’s presidency, there will be no legal or constitutional changes made to the energy reform.