A ballot initiative under consideration in Colorado would give local governments control over oil and gas development. More than 50 local elected officials have sent a letter to Gov. John Hickenlooper expressing their support for the initiative. 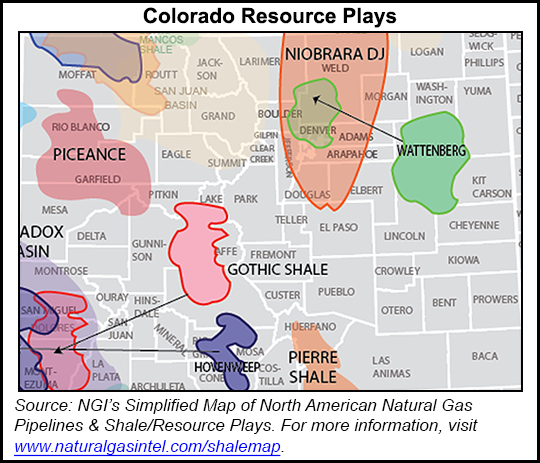 The proposedinitiative would amend Article XVIII of the state’s constitution. Specifically, it calls for adding Section 17: Local Control of Oil and Gas Development.

“Notwithstanding any other provision of law, local governments in Colorado may place restrictions on the time, place or method of oil and gas development, including but not limited to the use of hydraulic fracturing [fracking], that are intended to protect their communities and citizens,” the initiative reads in part.

The initiative is backed by environmental groups, including Citizens for a Healthy Fort Collins. The group filed a motion this month to intervene in a lawsuit filed by the Colorado Oil and Gas Association (COGA) against the city for enacting a five-year moratorium on fracking and waste products from drilling (see Shale Daily, Nov. 6, 2013).

Richard Coolidge, spokesman for the Colorado Secretary of State’s office, told NGI’s Shale Daily that supporters of the ballot initiative must collect 86,105 signatures by Aug. 4 in order for the question to appear on the November ballot.

“We set the language for the ballot question,” Coolidge said Wednesday. “Their first stop is with the legislative attorneys, where they will offer suggestions to make the legal language fit into [the state constitution]. Once they’re done there, they come to our office and we will set the ballot title from here. They can then circulate it and collect signatures.”

In a letter sent Tuesday to Hickenlooper and the General Assembly, 52 elected officials from around the state urged “action to clarify and codify the rights of local governments to use zoning and land use powers to protect the health, safety and well-being of their residents from the impacts of oil and gas development.

“It is crucial for local governments to have the authority to regulate the pace and scale of oil and gas drilling within their communities…We ask that you further affirm that local zoning and regulations are not preempted by the state. Without this, cities, towns and counties are not able to make decisions that are in the best interest of their residents without the fear of expensive litigation.”