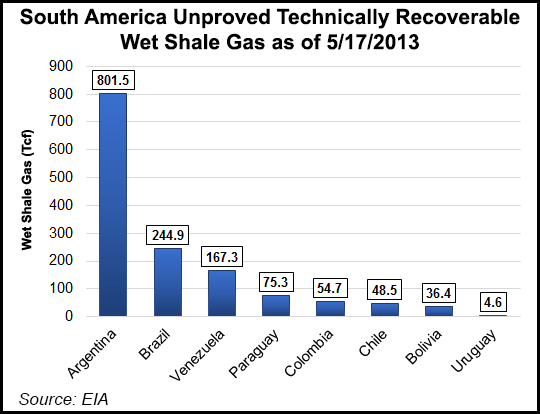 ExxonMobil and ConocoPhillips, along with Colombia’s state oil company Ecopetrol SA, are among firms that have expressed formal interest in these pilot projects, which ANH director Armando Zamora said should start “as soon as possible.”

The pilots are seen as a way to demonstrate the resource in place and as a means to highlight what impacts the procedure might have on the environment. Fracturing has been controversial in Colombia and was recently declared in the lower house of congress as legal.

Some estimates see foreign direct investment in Colombia falling by as much as 20% in 2020 as a result.

The ANH has eased fiscal requirements on oil and gas companies working in the country in a bid to soften the blow of the demand implications of the coronavirus.

Zamora said in May the process of regulation has actually sped up as a result of regulators having to work remotely. He said regulation for the pilots should be set by July.

Meanwhile, the country’s strict lockdown in capital Bogota remains in place and runs through the end of June.

Despite complications, oil and gas companies have expressed no interest in leaving the country, Zamora said.

Proven natural gas reserves in Colombia were 3.1 Tcf at the end of 2019, equivalent to eight years of production, but Zamora sees contingent gas reserves as eight times higher.

In Latin America, only Argentina has employed fracturing on a commercial scale, in particular in its Vaca Muerta shale formation. Mexico has practiced the technique, and regulation is in place, but the current government of Andrés Manuel López Obrador opposes it.