A day after reports surfaced that activist investor Kimmeridge Energy Management Co. LLC had taken a stake and was pushing for change, Chesapeake Energy Corp. CEO Nick Dell’Osso said Thursday he agreed the company is undervalued. 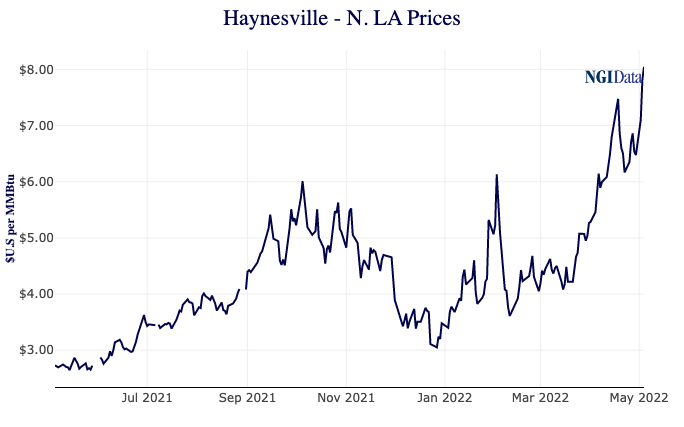 Reuters initially reported that Kimmeridge took a 1.6% stake in the Oklahoma City-based independent, putting it among the largest shareholders. The private equity firm is reportedly pushing to enhance value, partly by divesting oilier assets in favor of natural gas.

Dell’Osso during the first quarter conference call said management also believes shares are undervalued. Chesapeake kicked off a $1 billion share buyback program in the first quarter. He added that the buyback program could soon be exhausted “given the current valuation of our stock.” At that point, the company would seek board approval to increase buybacks and continue retiring shares.

Kimmeridge has pushed for changes with success at other unconventional producers over the years. Chesapeake, once a natural gas behemoth, filed for bankruptcy in June 2020 after a shift into oilier assets.

The company has refocused its efforts on natural gas in the Marcellus and Haynesville shales in recent years. It plans to run up to 15 rigs throughout 2022, with four in the oilier Eagle Ford Shale and the others roughly split between Louisiana and Pennsylvania.

Dell’Osso said that despite a bullish turn in commodity prices this year amid conflict in Ukraine, oil and gas shortages, and wavering demand, the company would continue to exercise “strong capital discipline.”

Management, he said, would need to be certain that demand is resilient before ramping up more than it already has after recent acquisitions in the Marcellus and Haynesville. The company also recently restarted its Eagle Ford program after a pause during the pandemic.

The company is also trying to take advantage of upside in the U.S. liquefied natural gas (LNG) sector as overseas prices soar for the super-chilled fuel.

“Additionally, we continue to hold discussions with counterparties in the LNG export market, and we hope to increase our exposure as the market continues to develop around these very important projects,” Dell’Osso said.

He noted the company markets 4.5 Bcf/d of production, more than 2 Bcf/d of which is produced near LNG export terminals on the Gulf Coast.

Chesapeake already has achieved accreditation for having independently certified natural gas.  The company is 100% certified for Haynesville gas and expects to achieve that goal in the Marcellus by the end of this year.

Management also acknowledged that it faces takeaway constraints, particularly in the Appalachian Basin, as the call for U.S. exports continues to grow.

“While we have not and will not ask the government for any financial support, we would like to see the legal and regulatory environment embrace the need for infrastructure,” Dell’Osso said.

Despite Kimmeridge’s move on the company, Chesapeake reported record free cash flow (FCF) of $572 million during the quarter. It returned more than 70% to shareholders through dividends and buybacks. The company is also maintaining its capital expenditures forecast despite the impact of inflation on goods and services.

Chesapeake reported a first quarter net loss of $764 million (minus $6.32/share). The period’s results were primarily related to a $2.1 billion loss on oil and natural gas derivatives as commodity prices soared. After Chesapeake finished restructuring last year, it qualified for fresh start accounting. That means its consolidated financial statements after Feb. 9, 2021 were not comparable with previous financial statements.