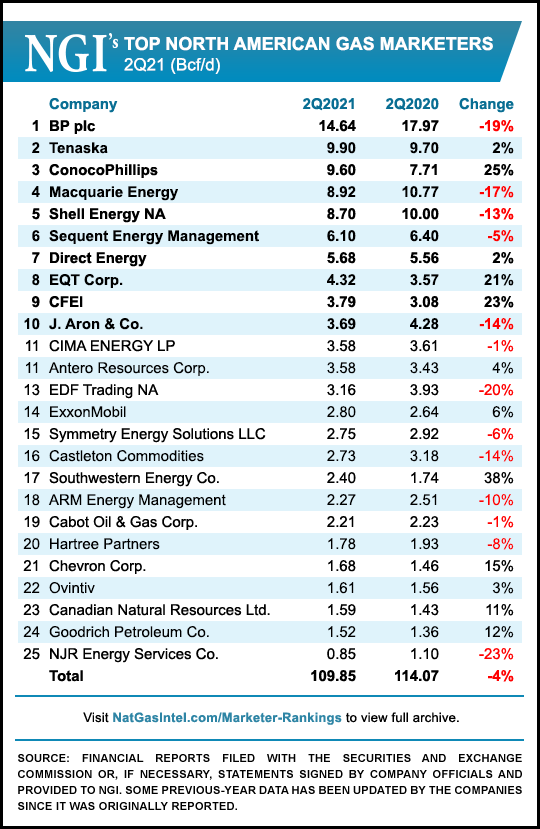 The increase comes amid surging gas exports via pipeline from the United States to Mexico, which hit record highs above 7 Bcf/d over the summer.

NGI’s 10-day average of pipeline imports into Mexico was 6.45 Bcf/d for the period ended Sept. 16.

Leading North American marketers as a whole, however, reported lower overall sales volumes for the second quarter. The trend reflected continued year/year declines in the wake of production cuts imposed in response to the coronavirus pandemic. Still, there were several bright spots that suggest momentum is building.