“One of the priorities of this government is to strengthen the dominance of the two state energy monopolies, which has cut private investors out of the business,” Alejandra López Martínez, energy consultant at Eploc and seasoned Mexico energy industry expert, told NGI’s Mexico Gas Price Index. 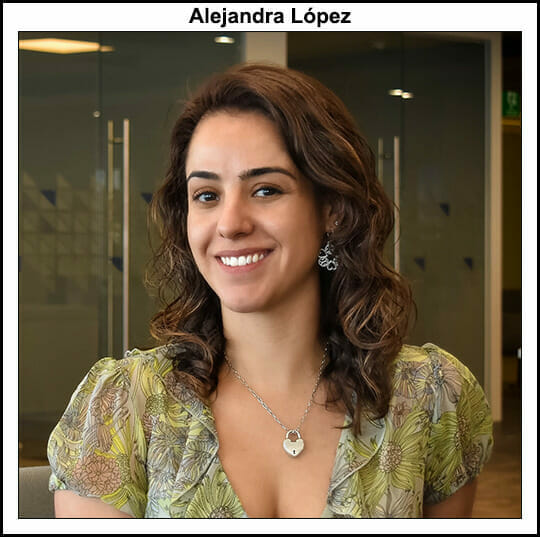 “Seeing international companies as a synonym for corruption has been a mistake” of this administration, López said.

López is currently an energy consultant at Eploc. From 2016-2018, López was the communications director at Mexico’s Comisión Reguladora de Energía (CRE) and from 2011-2016 worked as an analyst at Petróleos Mexicanos (Pemex). She holds a bachelor’s degree in political science and international relations from CIDE (Centro de Investigación y Docencia Económicas) in Mexico City, a master’s degree in politics from New York University (NYU) and a master’s degree in political communication and marketing from the Universidad de Alcalá de Henares in Madrid, Spain. She also teaches at the Anahuac University and the Centro de Estudios en Ciencias de la Comunicación (CECC) in Mexico City.

López: Between the previous administration and this one we have witnessed a complete change of paradigm. The priorities of the current government are focused on a narrative of nationalism and a fight against corruption, which explain the logic behind its decisions and actions. This means that efficiency and business viability is not what drives their decisions and therefore, we cannot judge them from a different set of values.

The previous government had a different aim: liberalizing, opening markets, and putting Mexico in the spotlight in a sector that had never been open before. President Enrique Peña Nieto was very efficient in passing legislation to achieve this goal but lost all his political capital after a quick loss in popularity.

There was an appetite for new opportunities for investment which were beneficial for the population, that gave them new and cheaper energy sources, increased infrastructure, investment and created jobs. With the benefits it brought to the population, it should have been counterintuitive to imagine a government to go against this, but the reality is that a completely different mindset is taking over public policy decisions.

NGI: How do you think the current administration has impacted the investment climate in the Mexican energy sector?

López: The sector has been severely impacted with the decisions taken by the president and Congress. These decisions include open preferences to the state monopolies, overregulation, change of laws, even if they are unconstitutional, and all of this has been in detriment of the certainty and rule of law, making our country less attractive to foreign investors.

Why would any company make an investment of billions of dollars, such as those needed in the energy sector, if there is no certainty that we will be able to keep on running the business? Why would any company invest in Mexico knowing that they are at a great disadvantage facing the two huge state monopolies, Pemex and Comisión Federal de Electricidad (CFE)? The importance of good laws and regulators is to level the playing field. The current philosophy inhibits the development of competition, which is something that benefits, above all, the final consumer.

Seeing international companies as a synonym for corruption has been a mistake. This has been reflected in the loss of credibility, downgrades from the ratings agencies, controversies regarding the United States-Mexico-Canada-Agreement (USMCA), and diplomatic tensions. The government knows this is not justifiable in the long run and therefore, has given a few signals of softening its stance. For example, the recent appointment of Rogelio Ramírez de la O as Finance Minister, who has a more moderate position. The stance taken by Economy Minister Tatiana Clouthier, in the meetings with her foreign counterparts regarding the USMCA, has shown us a friendlier side of López Obrador’s so-called “Fourth Transformation” of Mexico.

NGI: What do you see as the biggest concerns for the Mexican energy industry during the final three years of the current administration?

López: One of the priorities of this government, as I said before, is to strengthen the dominance of the two state monopolies, which has cut private investors out of the business. The incentives for investment or cooperation are not aligned, and our challenge will be to achieve energy security, economic growth, and the creation of jobs, especially amid the pandemic. We must overcome the animosity to regain the momentum achieved in clean energy production, fuel transport and oil production. We still have time to do it, but it will mean an effort on all sides.

NGI: Do you think the results of Mexico’s recent midterm elections will impact the energy industry in the short-term?

López: The results of the June 6th elections were neither a win nor a loss for the president’s party. On one hand, Morena and its allies lost many seats and will not have a qualified majority to reform the constitution on their own. On the other hand, they are still the most important actors in the country, with a majority of state governorships.

The electricity reform that the president has called for would require a constitutional reform, since his previous efforts to pass the bill were denied by the Supreme Court. This means that, to achieve the qualified majority, he will have to negotiate with the opposition parties.

The opposition does not have enough support to approve a constitutional reform, making smaller parties pivotal. While the Green Party (PVEM) and Citizens’ Movement Party (Movimiento Ciudadano) will act more independently, there is no certainty that Partido Acción Nacional (PAN), Partido Revolucionario Institucional (PRI) and Partido de la Revolución Democrática (PRD) will stick together. We have already seen some internal fights within the PRI, and this probably will increase when the legislative period begins next month.

President López Obrador’s energy reform will not be considered a “preferred initiative,” because it is a constitutional reform, and this means it doesn’t have to be discussed immediately. This can lead to a very extensive debate and a process of negotiation that can include the private sector, the international community through representatives of the USMCA and the U.S. ambassador, and the CFE, meaning a better result is likely.

NGI: Where do you see the best growth opportunities for Mexico’s energy industry currently?

López: The growth opportunities in Mexico are in the green energy sector. Despite the preference that the government has given to oil and gas and traditional electricity production, the future is in cleaner energies. Mexico has enough sun and wind to supply much of its demand, and with the post-pandemic increase in the prices of oil, gas and electricity, it is natural that consumers will look to solar and wind energies. Regardless of the government’s opinion, we must follow the worldwide trend and be ready for this.

NGI: If you could change one thing/policy/initiative/law in the energy industry currently, what would you change and why?

López: I would change the vision of the current government centered on nationalism and “energy sovereignty.” I believe that the biggest mistake is the obsession with “rescuing” Pemex and CFE and giving them more resources regardless of the return on investment. This has damaged our economy, our environment, and our social climate. We cannot have a vision if we keep our eyes on the past. If not the government, it is us, the consumers, and investors, who should look out for what is in our best interest. Civil society will, in the end, impose its preference on what it considers to be necessary. And if we cannot do it within the next three years, we will vote for it in 2024.