Canada’s oilsands sector emerged with an increased global market share during the Covid-19 pandemic, according to the Alberta Department of Finance. 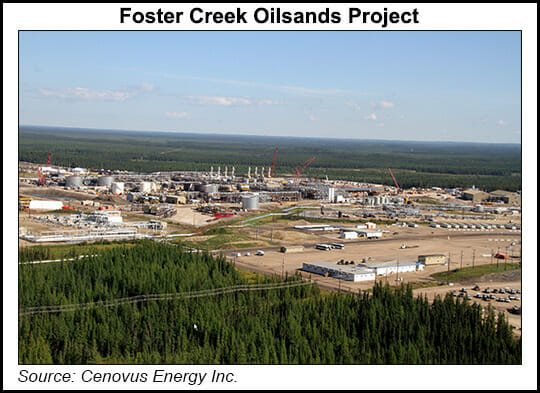 The northern bitumen belt stood out by standing firm while other supplies shrank, data compiled from the Alberta Energy Regulator (AER) and the International Energy Agency (IEA) showed.

Oilsands mines and underground extraction plants maintained production of 3 million b/d while the virus raged in 2020 – the same volume as in 2019, before the pandemic.

The pandemic performance continued a well established trend, according to the provincial finance department’s annual report for the 2020-21 fiscal year that ended March 31.

Industry analysts credited the durability of the oilsands to the nature of the resource.

Prolonged efficiency and reliability efforts in response to the global oil price collapse in 2014-2015 braced the Alberta oilsands industry for the Covid-19 shock.

By the time the pandemic hit, operating costs were pared down into a range well below the average $42.32/bbl West Texas Intermediate benchmark during the provincial 2020-2021 fiscal year. Marketing initiatives reduced quality discounts for Alberta heavy crude by $4.29 to $10.58.

The pandemic inflicted damage on government and industry finances, rather than on oilsands production plants.

The durability of oilsands operations, coupled with pipeline additions and the price recovery now under way, inspire growth predictions. IHS Markit forecast a 22% production increase to 3.6 million b/d in the next 10 years.

However, Alberta’s finance department acknowledged that achieving the growth potential seen by industry analysts would be a struggle.

“An increasing focus on climate-related concerns is becoming a significant factor,” according to the report. It added that all sides of the oil market face challenges.

“Factors influencing demand include global economic growth, pipeline or refinery outages, speculative trading and desire for alternative energy sources,” said the Alberta finance department.Supply is impacted by agreements by the Organization of the Petroleum Exporting Countries and its allies, it said. At the same time, supply is also impacted by “U.S. producer responses to price swings, drilling and investment decisions, now influenced by environmental, social and governance metrics, geopolitical events, economic sanctions, or weather related disruptions.”