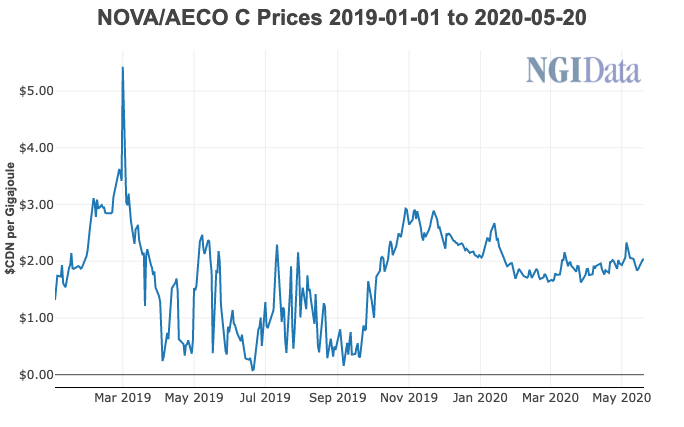 The project includes 344 kilometers (km) of 48-inch diameter natural gas pipeline and three compressor station unit additions. The project would start near Grande Prairie and end north of Calgary on land that is mostly adjacent to existing rights of way and facilities.

O’Regan announced a postponed deadline of Oct. 19 for cabinet acceptance or rejection of the NGTL project’s February approval by the Canada Energy Regulator (CER).

The procedural delay potentially postpones NGTL’s April 2021 project completion target. However, gas supply development has also slowed down as Canadian drilling stagnates at the lowest level on record since 1971.

“While this news is disappointing, we understand that the delay was associated with the government’s consultations being impacted by Covid-19,” said TC. “We are developing mitigation plans to reduce the impacts stemming from this delay. Depending when a decision is received, we will communicate the anticipated outcomes of this updated schedule once they are known.”

Natural gas flows on TC’s North American pipelines were largely unaffected by the Covid-19 pandemic during the first quarter, according to management. Average receipts were about 12.2 Bcf/d on NGTL, 3.2 Bcf/d on the Canadian Mainline Western System, 26 Bcf/d across the broader U.S. pipeline network and 1.5 Bcf/d on the Mexico pipelines, CEO Russell Girling said during a first quarter earnings call.

TC also is starting to plan a pipeline expansion project in northwest Alberta that would run along the western path of the NGTL system, from northwest Alberta southeast toward Rocky Mountain House. TC is studying options for “a number of pipeline additions” that would generally follow its existing pipeline corridors in western Alberta. In total, NGTL is proposing to add up to 350 km (214 miles) of 48-inch diameter pipe to the system.

Given the production of natural gas in Alberta and BC, TC said the most important issue for Western Canada Sedimentary Basin producers is getting their product into other markets. “To be competitive, access to markets through well-positioned pipeline assets is critical.”