An investigation is again raising questions about California’s ability to handle thousands of abandoned onshore oil and natural gas wells, despite claims by the industry that the situation is under control. 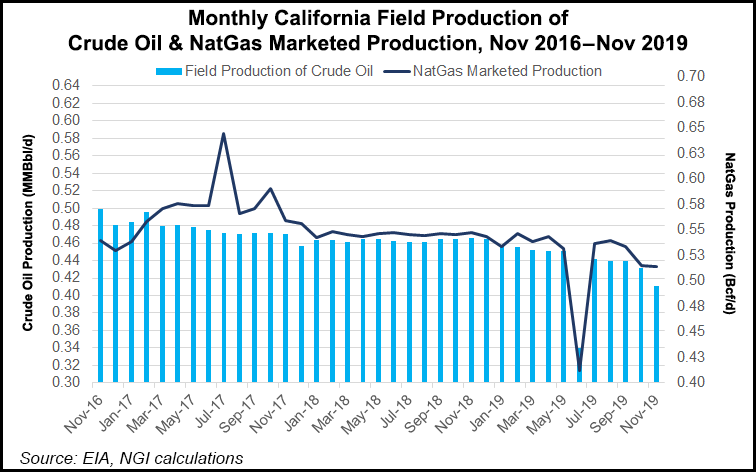 A joint investigation by the Los Angeles Times and The Center for Public Integrity recently reported there are nearly 1,000 abandoned wells across Los Angeles threatening poor and affluent residential areas. Their report last month claimed California regulators and the oil and gas industry were not prepared to handle a backlog of idle wells.

The energy industry is pushing back against the claims.

Recent legislation has also increased bonding requirements and requires companies to decommission a portion of their idle wells annually, he said. “Most permits issued today are to decommission wells, not drill new ones.”

Operators contribute to a fund annually, and the state may bill companies if there is a shortfall, according to Zierman. Recent state legislation has also increased bonding requirements and requires companies to decommission a portion of their idle wells annually.

The California Geologic Energy Minerals Division has said the rules effective in 2019 are having a positive impact in reducing the state’s inventory of nearly 30,000 idled wells. Assembly Bill (AB) 2729, which took effect last April, provided for more fees and stiffer requirements to deal with abandoned wells.

California Resources Corp. (CRC) is cited in the report for an operating unit in Los Angeles, Tidelands Oil Production Co., for allegedly lagging behind in plugging wells. CRC spokesperson Richard Venn told NGI that is not the case.

“Tidelands has requested that the City of Los Angeles adopt an alternative means of compliance that meets the objectives of the municipal code and is consistent with state laws and regulations,” Venn said.