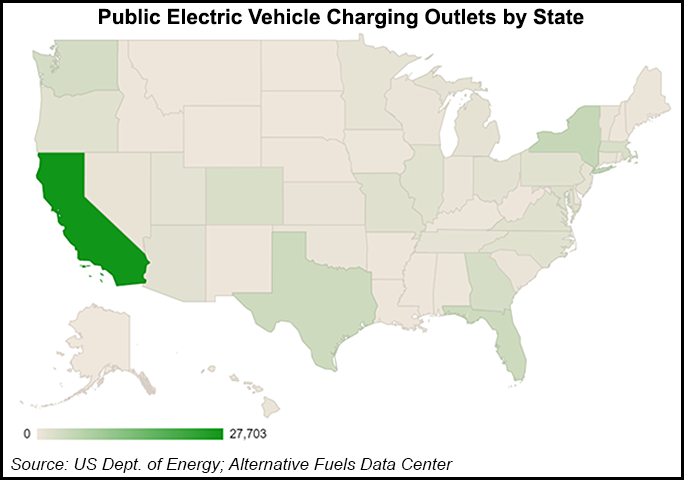 The California oil and natural gas industry is throwing cold water on Gov. Gavin Newsom’s plans to require by 2035 all new in-state cars and passenger truck sales be zero-emission and by 2024 have a legislative ban on oilfield hydraulic fracturing (fracking).

In an executive order (EO) signed earlier this month, Newsom set out “clear deliverables for new health and safety regulations that protect workers and communities from the impacts of oil extraction.” In addition, the EO would support companies that “transition their upstream and downstream oil production operations to cleaner alternatives.”

CIPA CEO Rock Zierman said the ban would be a “job killer…“putting thousands of workers in the Central Valley and Los Angeles and central coast basins out of work. It will drive up energy costs when consumers can least afford it.”

WSPA President Cathy Reheis-Boyd said Newsom made the announcement in front of “nearly $200,000 worth of electric vehicles…as he told Californians that their reliable and affordable cars and trucks would soon be unwelcome in our state.

“Big and bold ideas are only better if they are affordable for all of us and can be backed by science, data, and needed infrastructure. Our industry and the energy we provide will be a part of any solution.”

The state’s oil production has been in decline, down to around 392,000 b/d. Foreign imports exceed 1 million b/d, mostly from Saudi Arabia, according to CIPA. “We should be supporting American workers, not the Saudi royal family,” Zierman said. “We urge Gov. Newsom to ignore the rhetoric, stand up for science” and allow the industry to be a “willing partner in California’s future.”

The California Air Resources Board worked with Newsom on the goals set in the EO, “informed by numerous reports and analyses,” said spokesperson David Clegern. “California is now framing its climate efforts under the framework of carbon neutrality.” The EO gives clear direction to examine lifecycle emissions after 2030. One scoping plan is being drafted, “and we have some additional studies underway.”