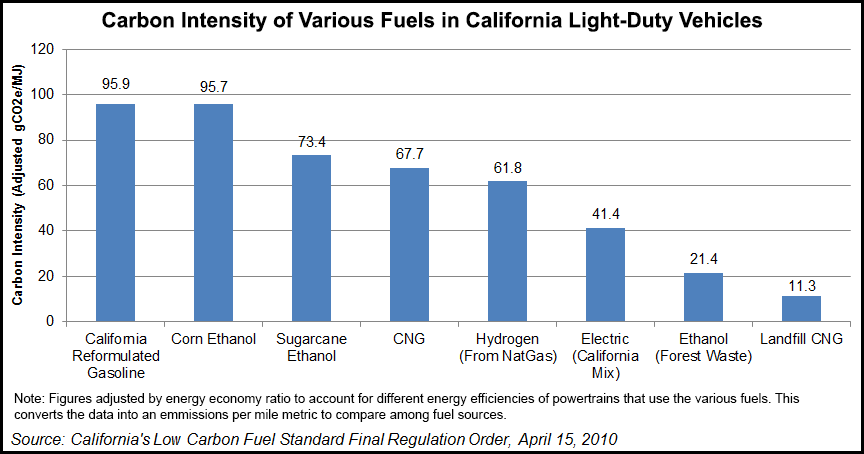 RNG had been effectively banned in California’s gas pipeline system because of what state Assemblyman Mike Gatto called “outdated laws and a lack of regulations for testing and monitoring.” He expressed frustration at the hurdles biomethane companies have faced in trying to sell RNG to the state’s major utilities.

As a result, all of the fuel involved in Newport Beach, CA-based Clean Energy’s RNG product sales last year was manufactured out of state, while all of the buyers were inside California, according to Harrison Clay, president of subsidiary Clean Energy Renewable Fuels.

Gatto said the CPUC’s action would allow California “to produce renewable power in our state from sources that occur naturally,” because biomethane can be produced from sewage, landfill gas, manure and other waste. “Creating an in-state biomethane industry is common sense.”

Some enabling legislation authored by Gatto allowed for the latest CPUC action, but more work is needed, according to the lawmaker, such as establishing testing requirements.

The CPUC is now mandated to develop public safety and pipeline safety standards for biomethane, along with monitoring and reporting standards, that would allow for RNG to be used in state transportation. A second rulemaking would be done for that, Gatto said.

A national report in late 2012 endorsed more use of RNG in transportation. The study, which was done by nonprofit Energy Vision and California technology firm Calstart, concluded that RNG is “technologically viable” as an alternative to petroleum-based fuels in transportation while acknowledging that economic and regulatory barriers remain (see Daily GPI, Dec. 6, 2012).