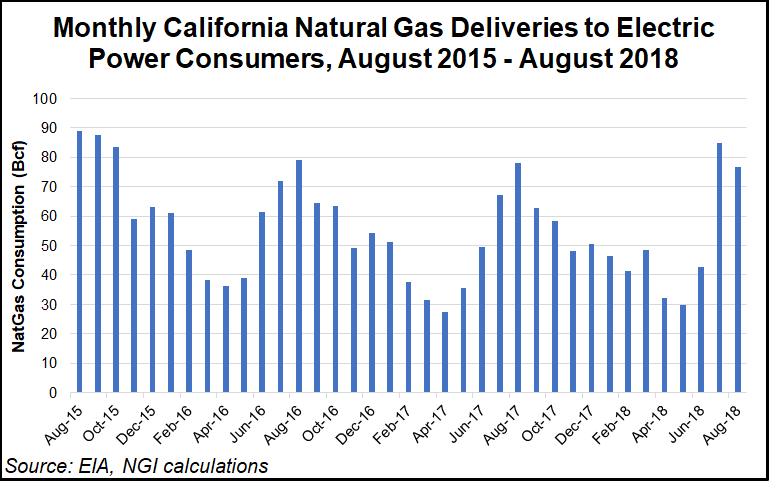 Three of the battery projects, with a capacity of 385 MW, will be owned and operated by third parties, and the fourth will be a 182.5 MW project that Tesla is to construct and PG&E would eventually own.

“Because the projects are all needed for reliability, their costs may be recovered for all ratepayers,” said Simon Baker, deputy director of the California Public Utilities Commission’s (CPUC) energy division. PG&E will be required to file annual reports to the CPUC on the ongoing programs.

Last December, the CPUC asked PG&E to determine if storage or other alternatives to fossil fuel could replace the Feather River, Yuba City and Metcalf Energy Center gas-fired peaking plants, all of which will give up reliability-must-run (RMR) contracts with the California Independent System Operator (CAISO).

The five-member CPUC embraced the PG&E projects on a 4-1 vote. But they said that costs would have to be watched closely and recognized that there will likely be some market power issues that arise from the transformation.

CPUC President Michael Picker supported the projects, but said that they were costly and complicated. “Rather than procure more generation from expensive gas peakers, PG&E has gone out and signed expensive contracts for battery storage that allows us to use our clean resources more effectively,” Picker said. “While it is expensive, it is still cheaper than the gas contracts.”

Commissioner Clifford Rechtschaffen was the lone dissenting vote. He liked the projects but thought the one utility-owned project by Tesla should have been the subject of a formal regulatory application process.

The projects are all lithium ion technology. The developers are Tesla, Dynegy (300 MW), Hummingbird Energy Storage LLC (75 MW), and mNOC (10 MW). The projects will yield an estimated total benefit of $233 million over 10 years, according to the CPUC.