BridgeTex Pipeline Co. LLC, a partnership of Magellan Midstream Partners LP and Occidental Petroleum Corp., said Wednesday it has launched a supplemental open season for additional transportation commitments on the pipeline, which would carry crude oil from the Permian Basin to the Houston Gulf Coast area. 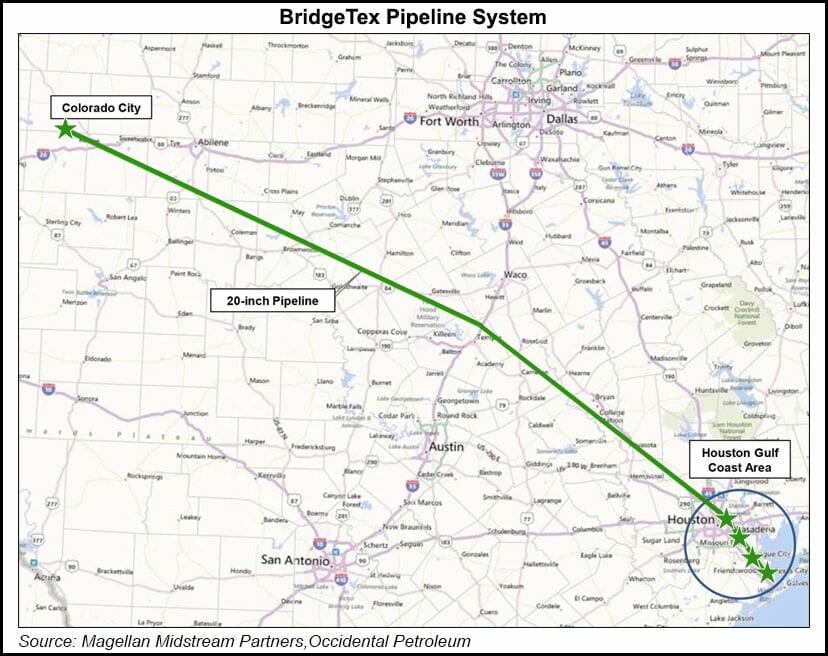 Construction of the BridgeTex Pipeline, which began in November 2012, is now in its final stages, the company said. The company plans to begin commissioning the pipeline during August and intends to begin limited commercial operations as part of the commissioning process (see Shale Daily, June 6).

Last month, BridgeTex began filling storage tankage at the origin of the system in Colorado City, TX. The pipeline would be capable of transporting up to 300,000 b/d of Permian crude from Colorado City to the Houston area. “Initial linefill requirements are being received, and BridgeTex Pipeline expects to begin pipeline movements by mid-third quarter,” the company said.

The open season is to run through 5:00 p.m. CDT Aug. 7. Details are available on the Magellan website.