Following a 40-year career in which he helmed BP plc through the tragic Macondo well blowout, then worked to restock the decimated portfolio with global assets, including substantial Lower 48 oil and gas, Group CEO Bob Dudley, 64, will step down in March and be succeeded by upstream CEO Bernard Looney. 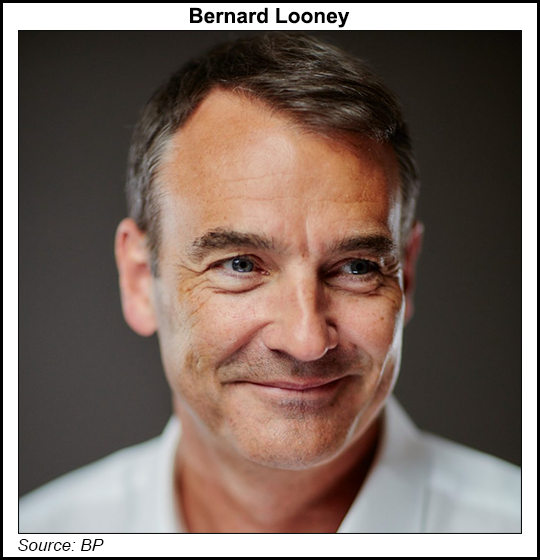 Dudley, the first American to lead the London-based supermajor, was appointed CEO in 2010 “at probably the most challenging time in BP’s history,” said Chairman Helge Lund. Dudley’s tenure began months after BP’s Macondo well in the deepwater Gulf of Mexico (GOM) blew out, which destroyed the Deepwater Horizon platform and killed 11 men.

The disaster is considered the worst environmental tragedy in U.S. history.

BP’s reputation in tatters, Dudley was tasked with rebuilding the global giant from the top down, convincing employees — and investors — that the company would meet all of its responsibilities.

Dudley guided the company through years of stinging quarterly losses and massive asset sales as it coped with billions in spill cleanup costs and litigation. He eventually helped turn BP to profits once again and helped restock the global portfolio, capped by a “transformational” $10.5 billion deal last year to buy BHP’s estimable Lower 48 portfolio.

“This company — and indeed the whole industry — owes him a debt of gratitude,” Lund said of Dudley.

There’s “no doubt” Looney will “thoughtfully lead BP through the transition to a low carbon future,” Dudley said.

Looney, 49, joined BP in 1991 as a drilling engineer and worked in operational roles in the North Sea, Vietnam and the Gulf of Mexico, including the discovery of the giant Thunder Horse field.

Looney “has all the right qualities to lead us through this transformational era. He has deep experience in the energy sector, has risen through the ranks of BP, and has consistently delivered strong safety, operational and financial performance,” Dudley said.

Dudley plans to step down from the board in early February and then officially retire at the end of March. Deputy Group CEO Lamar McKay is to serve as chief transition officer.

Looney has run the upstream business since April 2016 and been a member of the executive management team since November 2010. As upstream chief, he has been responsible for all of BP’s oil and gas exploration, as well as worldwide development and production activities. The upstream segment, which produces around 2.6 million boe/d, employs 17,000 people in almost 30 countries.

During Looney’s tenure, production has climbed by 20%, driven largely by 23 major project startups. He also has overseen an improvement in process performance, up by 35%, and personal safety performance, up 20%. Looney also led BP’s access into new countries, including Mauritania and Senegal and helped high-grade the portfolio with the BPH transaction. Looney also is overseeing the proposed sale of BP’s legacy Alaska business to Hilcorp Energy Co.. He also helped create innovative business models, including unit Aker BP in Norway.

Looney, an Irish citizen, in 1991 gained a degree in electrical engineering from University College Dublin. In 2005, earned a master’s degree in management from Stanford Graduate School of Business. He is a fellow of the Royal Academy of Engineering, a fellow of the Energy Institute and is also a mentor in the FTSE 100 Cross-Company Mentoring Executive Programme.