BP plc and Microsoft Corp. have agreed to collaborate to further digital transformation ‎in energy systems and advance the net-zero carbon goals of both companies. 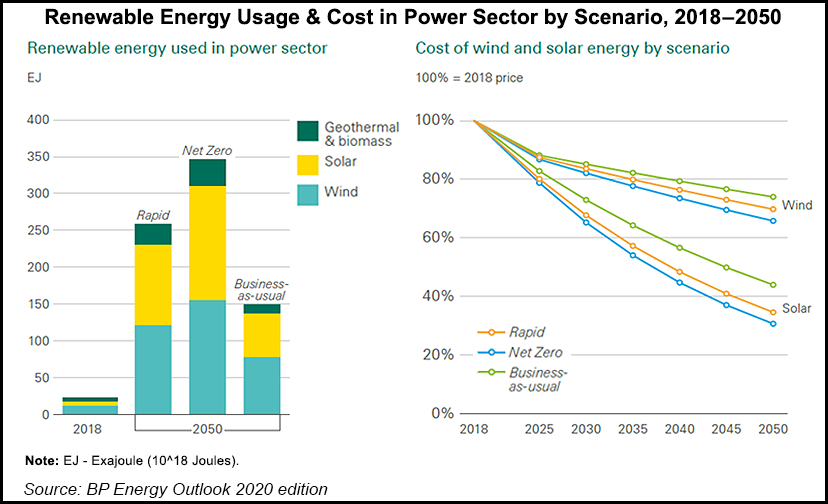 A memorandum of understanding signed by the partners lays out a “co-‎innovation” effort focused on digital solutions. Microsoft Azure’s cloud-based ‎solution would be used by BP infrastructure. Likewise, BP would supply renewable energy to help Microsoft meet its 2025 emissions reductions goals.

‎“BP is determined to get to net zero and to help the world do the same,” said BP Executive Vice President William Lin, who handles regions, cities and solutions. “No one can do it alone.  Partnerships with leading companies like Microsoft, with aligned ambitions, are going to be key to ‎achieving this.

“By ‎bringing our complementary skills and experience together, we are not only helping each other ‎achieve our decarbonization ambitions but also creating opportunities to support others on their ‎journey toward reducing carbon emissions.”‎

BP is laying out its strategy this week after issuing its annual Energy Outlook on Monday. The company said the global energy industry is undergoing a “pronounced shift” to renewables as operators work toward reducing carbon emissions. CEO Bernard Looney on Wednesday said oil and natural gas projects remained key to profits and viability over the next decade, but there is a distinct path toward a renewables-driven world.

BP’s renewable energy agreement with Microsoft would provide capacity “across multiple countries and regions” including the United States, Europe and Latin America.

“A ‎strategic partnership such as this enables each organization to bring its unique expertise for industry-‎leading change and the potential to positively impact billions of lives around the world.”‎

By the end of the decade, BP plans to have developed ‎around 50 GW of net renewable generating capacity. That would be a 20-fold increase in capacity on what BP has ‎previously developed.

BP is planning to increase its annual low carbon investment 10-fold to around $5 billion by 2030. By the end of the decade, the London-based energy major also wants to reduce oil ‎and natural gas production by 40%.

In January, Microsoft announced a goal to be carbon negative by ‎‎2030. It also plans by 2050 to remove more carbon from the environment than it has emitted since its founding. ‎

The co-innovation agreement lays out plans to find solutions for the Industrial Internet of Things, aka IoT, to provide “intelligent edge” capabilities for BP’s production and operations facilities.

In addition, the partners plan to identify synergies between Microsoft’s Smart Cities initiative and ‎BP’s Clean Cities vision. The end goal is to collaborate with cities to reach sustainability goals.‎

BP and Microsoft also are pursuing “clean energy parks,” to offer ecosystems of low carbon technologies, including carbon capture use and storage. Another joint venture planned is within consumer energy to find ways to harness “data-driven, ‎personalized actionable insights to empower energy consumers to manage their home energy ‎use and reduce carbon emissions.”