The U.S. Environmental Protection Agency (EPA) under President Biden took action to unwind a rule that curbs the power of states, territories and Native American tribes to block natural gas pipelines and other energy projects that could pollute waterways. 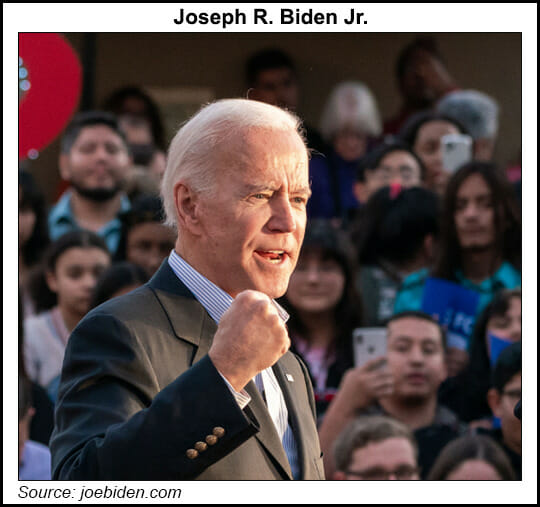 For 50 years, states and tribes had authority under the Clean Water Act (CWA) to protect rivers and other water resources. This empowered states and tribes to review the effects of oil and natural gas pipelines as well as all other federally regulated projects that might diminish water quality within their borders, said EPA Administrator Michael Regan.

Through a 2020 regulation, however, former President Trump’s administration sought to hasten oil and gas development by limiting the ability of states and tribes to block projects. The rule required local regulators to focus their scrutiny on projects’ potential pollution expelled into streams, rivers and other waterways. It also required local authorities to complete their reviews and make decisions within one year – a time period several local officials complained was too rigid.

Energy projects are in the spotlight, given Biden’s vows to put the U.S. economy on a path toward net-zero emissions. But the rule would affect everything from highways and housing developments to retail outlets.

The changes under the Trump administration were crafted to prevent indefinite delays to infrastructure projects cleared by agencies such as the Federal Energy Regulatory Commission.

The proposal under Biden’s EPA would once again broaden power for states and tribes and territories. It would enable local authorities to look beyond just pollution directly in waterways and “holistically” assess impacts on water quality. It would also allow for leeway on deadlines.

The White House had signaled the proposal could be incoming after U.S. District Judge William Alsup, while overseeing a case in the U.S. District Court for the Northern District of California, sided with critics of the Trump-era rule.

Responding to legal challenges brought by states, tribes and conservation groups on environmental concerns, Alsup ordered that the Trump-era rule be remanded back to the EPA.

The agency said it will next take public comment on its proposal for 60 days. It would then make revisions and work to finalize the rule by the spring of 2023.

But developers – oil and gas advocates among them – along with Republicans, are expected to push back.

The American Petroleum Institute’s (API) Robin Rorick, vice president of midstream policy, said “at a time of increasing regulatory uncertainty and high energy costs, adding bureaucratic red tape is the exact opposite of what is needed.”

Rorick said API supports the CWA, but it is “concerned these actions would counteract the well-defined timeline and review process enacted by Congress, increasing permitting delays and allowing states to go well beyond their scope for water quality certifications.”