Barclays Bank plc intends to sell all of its physical natural gas assets in North America and will be accepting bids from potential buyers through July 29, the UK banking giant said in documents filed at FERC. 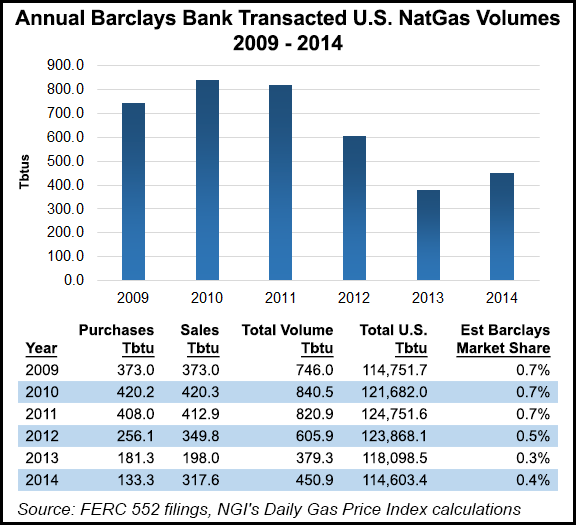 Barclays intends to sell the assets through a competitive auction process and anticipates closing of any transactions on July 29 with an effective date no later than July 24, according to the filing. The transfer of its physical natural gas portfolio “likely will take several months to complete because of the potential for multiple transactions and multiple purchasers,” Barclays said.

Barclays announced plans to exit the majority of its global commodities business in April 2014, following published reports that it was planning to withdraw from parts of the energy, metals and agricultural commodities markets due to slumping revenues and increased regulatory scrutiny (see Daily GPI, April 23, 2014). Six months later, Barclays sold its electricity trading book to Macquarie.