Twenty archaeologists are urgently needed to speed the progress of the $554 million natural gas pipeline being built across what is known as the Huasteca region in Central Mexico. 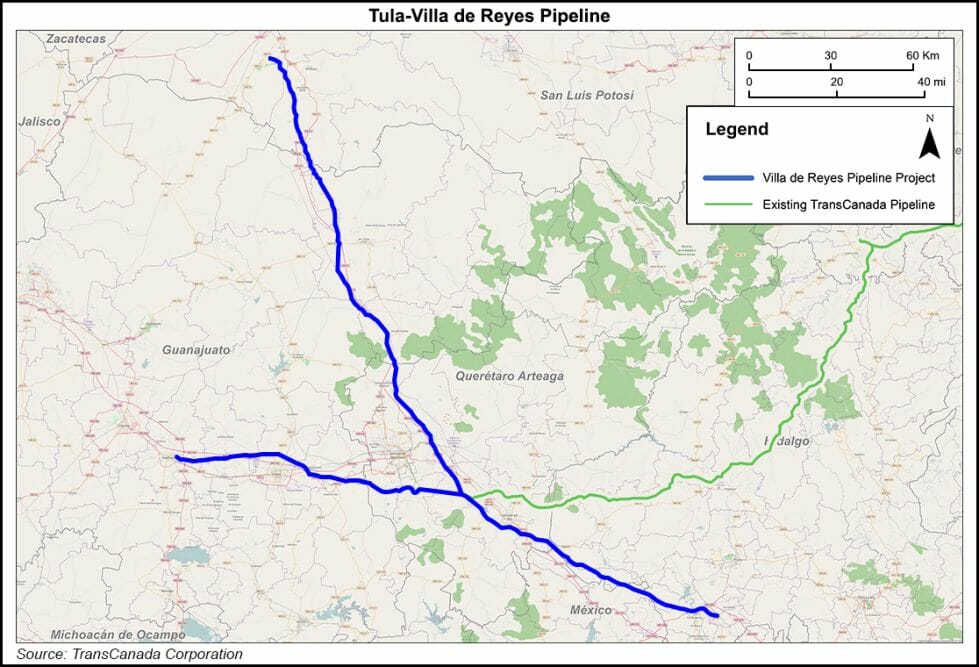 The Huasteca pipeline, also known as the Tula-Villa Reyes pipeline, which flows through the states of Hidalgo, Queretaro, Guanajuato and San Luis Potosi, is one of a series of pipelines that aims to bring Mexican industry the natural gas that it needs from the tight gas and shale fields north of the U.S. border.

But why the archaeologists? The new pipeline network is arguably the biggest single infrastructure development of recent years in Mexico, and it aims to change the nation’s industrial face.

At the same time, however, care is also being taken to conserve Mexico’s rich historical and ethnic heritage. The National Institute of Anthropology and History, the INAH, is concerned for archeological remains along the route of the Huasteca pipe, according to a document of CFEnergia, the marketing arm of the CFE.

NGI’s Mexico GPI gained access to the document, described as an executive report on gas pipelines under construction, dated March 10. The report, now circulating in government energy circles, said 60 archeological sites have been discovered along the route of the pipeline, of which so far only five have been given clearance by the INAH.

At the beginning of March, CFEnergia officials met with chiefs of the INAH, and both sides agreed on the arrival of 24 more archaeologists to speed up the permitting process. By March 10, only four had arrived. Hence the urgent request for 20 more to join the quest.

The pipeline, said the report, has suffered other delays, rejection of construction permits by three rural communities, another that has raised a formal legal injunction, and yet another in which there was what was described as a “social uprising.”

Meanwhile, one-third of the pipeline’s construction has yet to be concluded, though the provisional deadline for its full installation is due in July.

Other pipelines in the report appear to be suffering extensions to already announced provisional deadlines.

One case in point is the South Texas-Tuxpan, which runs from the Texas border to Tuxpan in the Gulf state of Veracruz.

The $2.1 billion contract for the pipe was also won by TransCanada, in this case with subsidiary Infraestructura del Golfo S de RL de CV. The pipeline is just about 68% complete, about 7.45% behind schedule. Final installation is due in November.

However, CFEnergia is awaiting replies from TransCanada on incidents that have had an impact on construction. On two occasions, coastal storms appear to have been to blame for water that invaded a part of the pipeline. In addition, fishermen from villages in Veracruz blockaded work at sea. CFEnergia said in the report that it is awaiting explanations from TransCanada about the incidents.

Another pipeline known as Ramal Tula (Tula, in the central state of Hidalgo is a nodal point for energy supplies to Mexico City) was to be completed by October 2015, but it is subject to arbitration proceedings which, the report says, should be concluded this November. Only 10% of the project remains to be completed.

The $66 million contract for the Ramal Tula was awarded to Mexican midstream company Atco Pipelines SA de CV. The dispute, said the report, had to do with negotiations over the route of the pipe. The 551 kilometer pipeline from El Encino in Chihuahua to Topolobampo, Sinaloa, was awarded to TransCanada affiliate Infraestructura Energetica Monarca S de RL de CV under a $1.01 billion contract that stated a volume of 670 MMcf/d.

Construction is reported to be 99% finished. Completion, however, has been postponed from July 2016 to this June, according to the report. The principal problem is that the local Tarahumara indigenous community off San Elias has been blockading work on the construction since last September. TransCanada has suggested an alternative route and it has told CFEnergia that the Chihuahua state government is prepared to recommence the works in San Elias itself.

The Tuxpan-Tula pipeline, which runs for 283 kilometers from the Gulf Coast to just north of Mexico City, was awarded to TransCanada under a $458 million contract for a capacity of 886 MMcf/d.

Construction is 85% complete but the original completion date of December 2017 has been moved to the end of this year, judging, said the report, by delays attributable to the INAH and to the refusal by indigenous communities to take part in consultations. Seven of the communities have been granted legal injunctions, and the INAH has dragged its feet over plans for excavation and safeguarding of archaeological remains.

The Energy Ministry’s lawyers have stepped in to resolve some of the legal issues but so far without apparent success.

Two thirds of the construction has been completed. The contracts were to have been concluded in January, but they have been moved to November, assuming that an agreement can be reached. The report said that Fermaca asked for changes because the date for commercial operation was unattainable as a result of six cases of force majeure.